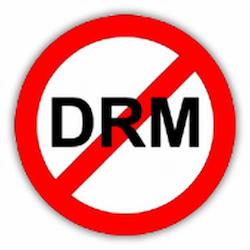 Good friend of the show, (and personal friend of mine), Dorothy, is an extremely methodical person. Unlike me, she does not jump willy nilly into a new operating system when it comes out. She gives it a few months and lets the crazy people figure out what’s broken and only after the angst dies down does she even consider upgrading.

She found herself in the enviable position of getting to replace her spinning hard drive in her 2009 iMac with a 1TB SSD that just happened to be lying around the house. Her husband Marc loves hardware and was itching to pull that glass off and give her this upgrade. She figured this might be a good opportunity to do some serious housecleaning, so she decided to do a clean install on the new SSD. If she was doing a clean install, me might as well finally take the leap to El Capitan.

But remember, she’s methodical (some would say to a fault but I certainly wouldn’t because she listens to the show), so first before committing to such a path, she documented every one of her applications and verified that they worked on El Capitan. She updated her already up-to-date backup and then let Marc loose on her machine.

I’ll skip the trials and tribulations she went through to install the OS and jump to what turned out to be a very interesting problem.

She plugged her iPhone into her iMac with its shiny new SSD to let it sync. The sync started, but then it said that she wasn’t authorized for some of her music. She could cancel, or authorize, or proceed without authorization which was going to erase all those unauthorized songs from her iPhone.

She had a big problem though. The Apple ID that was pre-populated for this music was an email address Marc stopped using ages ago. It was so old, neither of them knew the password to that email address so they couldn’t authenticate. Before you ask, of course Dorothy uses a password manager, but this email address was so old she didn’t have it recorded.

This problem didn’t affect all of her music, but it did mean that she couldn’t play 243 songs, so over $300 worth of music was going to be lost if she couldn’t get this fixed.

No worries, Apple has a password reset option. Luckily she had access to this old email account, just not the password to the Apple ID with that email address. When Dorothy tried to request the password reset, Apple’s tool told her that the Apple ID she’d entered didn’t exist. Not to be foiled, Dorothy had an idea, she created an Apple ID with that email address, and with a password that she knew.

When she authorized this new Apple ID, iTunes still wouldn’t let her access the lost music. At this point she tried to use Apple’s email method to get support. I’ve tried this too and it’s got one annoying question you have to answer before you can send the email: you have to enter an Order Number. Well what order number? She didn’t have any order, just an iTunes problem. She was prepared to grab any old order number, but ended up using the El Capitan download order number. It didn’t seem to matter anyway since no one mentioned it ever again.

The first person to respond to her email suggested that she go into Purchased Items to find her songs, but of course that didn’t work because it’s a brand new account and has no purchased items.

Dorothy decided to take to the phone and call AppleCare. She got Charles on the phone and she described all of the events to date. He went away for a while and came back and told her that it was her fault that her music was gone, that if she hadn’t created the new account with that same email address, he would have been able to get her music back. She tried really hard not to take it out on Charles but she explained in detail just how she felt about Apple that day.

I had the great fortune to hear this story from Dorothy on the following day and while I’m normally the one who tries to see Apple in the best possible light, I could see zero reason to defend Apple that day. We talked about solutions that would get Apple out of the loop altogether. Dorothy was thinking maybe she would burn all of these songs to CDs and then rip them back in, but later when I was noodling this with Pat Dengler she pointed out that we probably couldn’t even rip them if we didn’t have the rights to play them. That also made pretty dumb what my other idea was. I had suggested to Dorothy that instead of ripping them out and back in, why not just use Audio Hijack to capture the audio right from iTunes. Well duh, if we could play the songs we wouldn’t have needed to do it in the first place!

Well the good news is that I had another idea for Dorothy. Remember when you were a kid and if you asked your Mom if you could do something and she said no, you’d ask your dad and see if you got a different answer? It didn’t work every time but once in a while you got lucky. I suggested to Dorothy that since Charles was useless and gave her an answer that she didn’t like and frankly didn’t make sense, why not just call back to AppleCare and see if she gets a different answer? Just like when you ask dad and don’t let on that you already asked Mom, I suggested she not even mention her conversation with Charles.

When she called AppleCare back she got her new little friend Brian, and he fixed everything! Turns out that ages ago, Dorothy’s husband Marc realized that he wasn’t using that old email address any longer so he changed the email address to the Apple ID to which his new email address was attached. So all of the attempts in the world to use the old email address were just spitting in the wind. Dorothy said that the authentication screen had pre-populated the Apple ID section with the old address, but that she was able to change it to his new address with his new password, and boom, she was into all of the music!

Dorothy is very happy now, not as mad at Apple (except perhaps in their training of Charles), and remains as all of us are, angry that DRM keeps us from playing the content we pay for. In closing, remember: if you don’t like the answer you get from Mom, maybe you should just ask Dad and see if you get a different answer.

4 thoughts on “If You Don’t Like Mom’s Answer, Ask Dad”