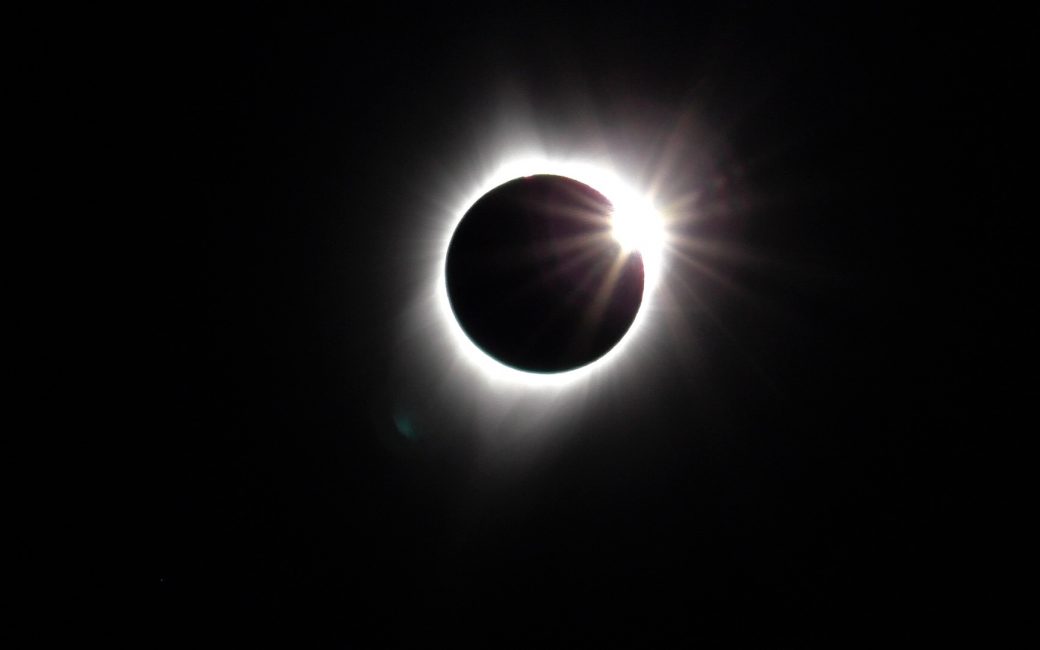 Jean MacDonald, Allison and I had the indescribable pleasure of viewing the August 21, 2017 total solar eclipse in central Oregon near Madras. We arrived at 5 am at the one of the Round Butte Park overlooks in Cove Palisades State Park and met several people who joined us at our viewing location. Other than Jean, we didn’t know any of these people before the event but we made friends with all of them while sharing an awe inspiring experience.

You’ll hear us talk on the video about a couple solar flares we thought we saw: one on the right side and the other on the upper right quadrant of the sun’s corona. After the eclipse I checked high resolution NASA eclipse photos and confirmed there were indeed two solar flares just where we thought we saw them. Cool!

December 2017 Update: I was very pleased to see Google used a portion of my video in their “Google – Year in Search 2017” video which you can find here: Google – Year in Search 2017. It’s only a one-second clip that starts around 1 minute into their video. Look for where the guy in the lower right points upward toward the eclipse (they flipped my video horizontally). My 15 minutes of fame lasted only a second, but maybe I have another 14 minutes and 59 seconds coming?

To read about how I captured this and enjoyed the experience, read this post: How Do You Capture a Total Eclipse … and Still Experience It?