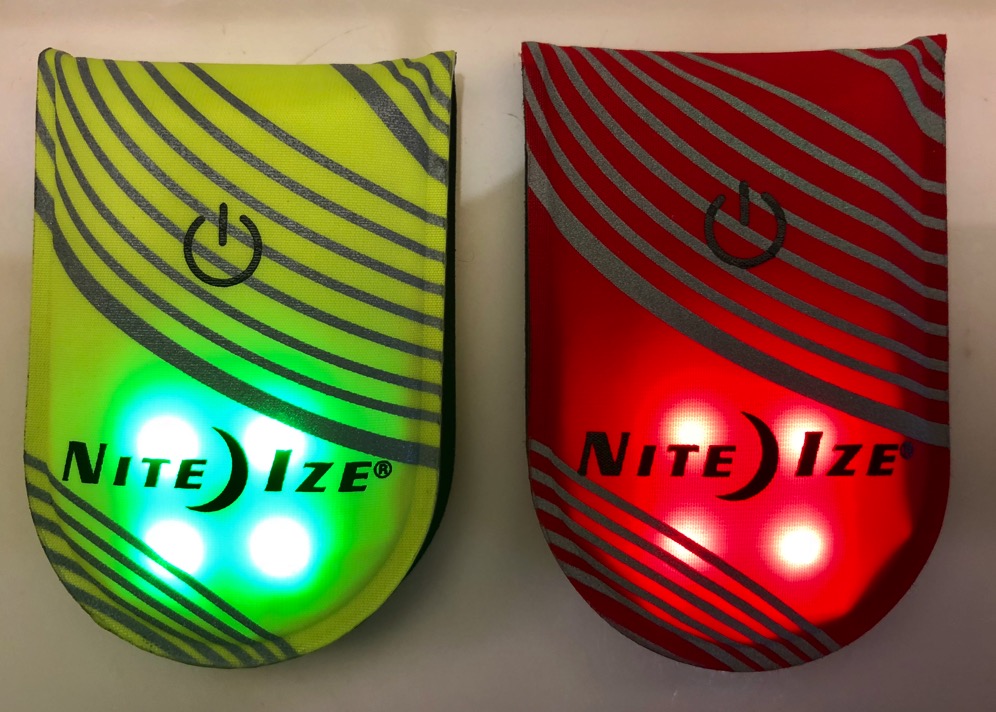 If you’ve been paying any attention to my nonsense over the years, you already know that I exercise a lot. In the mornings I alternate between running along the beach and doing the elliptical at the gym every other day. In the afternoons, I take Tesla for a nice long walk, anywhere from 1-3 miles depending on how many more calories my Apple Watch tells me I need to burn. I’m usually doing around 18,000 steps a day with this routine.

I exercise this much to avoid heart disease (my dad had his first heart attack at age 43), but also so I can eat (and drink) more!

So what’s the problem to be solved, it all sounds great, other than I’ll probably need a knee replacement or two way ahead of most people? The problem is the time change. I’m lucky enough to live where we have a lot of daylight, but in the winter, if I go for my usual walk around 4-5pm, it will be at dusk.

In the last few weeks, I was almost hit by a car. Twice.

The first time this happened I was crossing in a cross walk when a car came up and stopped at the stop sign. I kept walking and right as I got next to the car, they drove right through! When I got home, and Steve came out to greet me, I asked him if my clothing was making me invisible in that light (I had on a dark grey t-shirt and black shorts). He told me I was, indeed, blending into the background at dusk.

I decided I’d better wear my fluorescent shirts at dusk instead. But one evening, wearing a fluorescent orange, long-sleeved shirt, a car stopped at the T-intersection I was at, and I presumed they’d stopped for me, but when I stepped out they drove right at me. This time was much more serious, I literally screamed and jumped out of the way dragging Tesla as hard as I could pull.

To say I was shaken was an understatement. Steve and I looked into some reflective bands I could put on my wrists and ankles, but when we got them they turned out to be really stupid. They were velcro but the smallest size could have fit on my thigh.

Around this time I mentioned my problem to Bart, and he explained that in Ireland it’s standard to wear LEDs clipped to your clothing when you are out at night. I made a mental note to check into this idea.

But then while at CES we interviewed Jan Greenspan from Nite Ize. I gushed so much about all of their products (I even said peace in my marriage was restored by their Gear Ties), and he enjoyed it so much that he gave me a little goodie bag of Nite Ize products.

There were a lot of cool things, but the best thing in there was a product called the Taglit Magnetic LED Marker for $10 on Amazon. It’s a magnetic clip that’s about 2×1.5 inches that’s covered in a nylon bright color with an LED inside.

There’s a very obvious power button printed on the device and with one click you’ve got a bright LED, a second click and you’ve got a blinking LED, and the third click turns it back off. The Taglit comes in bright yellow, pink, or red, and the LED glows with that color.

I was excited to try it out and I have to tell you, people have been very obviously stopping much more quickly than normal. It’s so obvious in the way they stop, from more sudden stops, to stopping way way earlier before coming to the intersection that I’m 100% certain they’re seeing me sooner so they can react more quickly. I’m starting to think I wasn’t seen significantly more often than I realized and I’ve just been lucky!

I was so pleased, that I went over to Amazon and bought two more Taglits. I now have a bright yellow one on either sleeve and a bright red one on the back of my shirt just in case I’m facing away.

According to Nite Ize, the replaceable battery will run for 70 hours, and the material is water resistant so you can even wear Taglit in the rain or snow.

I just noticed they also make an LED Light for a dog’s collar called Spotlit for $7 and a slap wrist band called SlapLit for $8. Tesla and I are going to be lit up like a Christmas tree when we go out!

I believe Nite Ize’s Taglits could potentially save my life, and no, the irony is not lost on me that my exercise intended to lengthen my life almost hastened my demise.