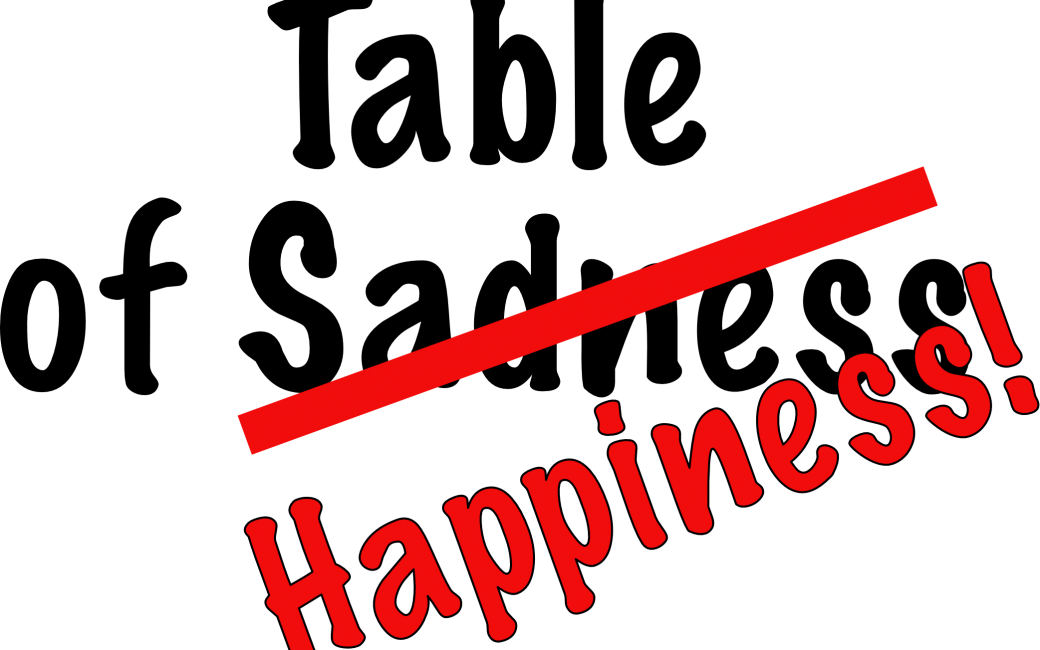 You would think that doing one nuke and pave in a week was enough for me, but in an unfortunate miscalculation of timing, I forced the second one on myself.

I bought the 12.9″ iPad Pro the day it came out in November of 2015. At the time, the middle version was 128GB and it was glorious. In June of 2017, before my 2-year AppleCare was up, the iPad stopped recognizing the Smart Keyboard. I wrote up this lovely experience with a blog post entitled Why I’m Getting a FOURTH 12.9″ iPad Pro.

Now how did it get to be a fourth? I won’t go through all of the gory details because it’s all in that blog post, but basically, the second one very quickly failed to recognize the keyboard (and yes they were replacing the keyboards too.) Then I had a problem where the iPad Pro screen starts going bananas with screen flicker and all kinds of weirdness. Not to be daunted by that, I got another one and that one stopped responding to touch! That was around the time they gave me a dedicated seat at the Table of Sadness.

The good thing that came out of all of that was that it had been nearly two years, so they no longer had a 128GB model to give me as a replacement. As the models had matured, the 256GB model was actually less than what I had paid for the 128GB original. The genius did the most delightful thing. My little friend Chris said he could take the iPad Pro as a return. That meant they’d give me back all of the money I’d paid, including the cost of AppleCare, and sell me a new, 256GB model, for $50 less than they’d refunded me.

I got a brand new iPad Pro and made money. But the important part to that story is that it meant my AppleCare was now extended out to June of 2019. And that’s where we actually begin this story.

Recently, I’ve had two major symptoms on the 12.9″ iPad Pro. The first, and actually most annoying, was that really often when I switched apps or went to the home screen, there would be a 5-second delay before the screen would respond to touch. It didn’t happen all the time and, of course, I couldn’t reproduce it on the fly, but it was supremely annoying. It would seem to be one of two things: either I needed to do a nuke and pave and not restore from a backup, or it was a hardware problem.

The second problem was that I was starting to get light leak across the bottom of the screen. It looked like a glow coming from the bottom along certain sections. Oddly it was most noticeable on white screens rather than dark. I’m no Apple designer, but I was pretty darn sure this symptom couldn’t be a software problem.

Both symptoms had been around for a couple of months but for some reason, I can’t explain, I chose the same week I planned to do a nuke and pave on my Mac as the week I scheduled a visit to the Table of Sadness to get my iPad replaced.

But the story takes a turn for the positive here. I walked into the Apple Store a couple of minutes before my scheduled appointment (they won’t register that you’re there and waiting until 5 minutes before the appointment time). As I walked in, immediately not one but two of the lovely little clipboard people asked to help me. I chose the guy who called me “Miss” (I know it’s vanity at my age but I hate to be called “M’am”).

He checked me in and walked me back to the Table of Sadness. Before I could set my tushy down on the little stool, up walked my little friend Rory to help me. Seriously, I’m talking 45 seconds from when I walked in until I had a genius helping me.

I explained the problem, opened a white web page and said, “light leak”. He said, “Yep.” He then fiddled around in his device and chatted with someone else to see whether he’d be required to do a hardware test even though the evidence was so very obvious. The answer came back that he was to simply give me a new 12.9″ iPad Pro. Ok, probably not new, probably refurbished, but like new. My only hope is that I haven’t gotten back one of MINE in all these replacements!

He inspected my device to make sure it wasn’t cracked or banged up and then handed me a new iPad and even let me peel the plastic off myself. From the time I walked into the store until I had my new precious in my hot little hands, was about 12 minutes total. Rory and I were having such a good time that we ended up chatting even longer and he begged me for my podcast business card. Or maybe it was that I forced it on him, I’m not sure. I have to admit, it was the Table of Happiness that day.

When I got home, I realized that it would be foolishness to restore this iPad from its backup, because that delay could have been a software problem. It was time anyway, as I had soooo many apps on the device that I couldn’t find anything anyway. However, this did mean that I scheduled the paving of not one but two devices in the same week! The iPad won’t be nearly as much work of course. 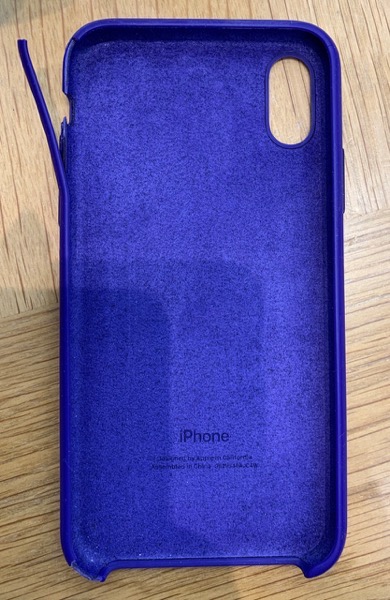 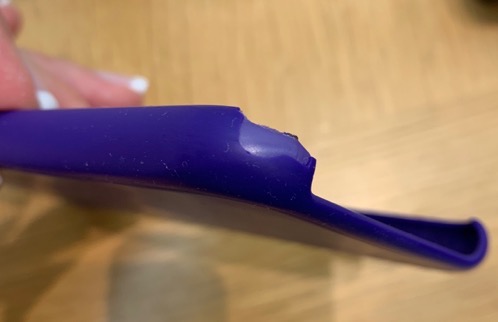 Some of you may think that Apple just treats me nice because I’m loud on the podcast and social media. Or maybe because I buy so much stuff. But I promise that’s not what’s happening. Just last week I went into the Apple Store to get a replacement silicone case because the one I bought less than a year ago had cracked and chunks were falling off of it. They told me there’s a one year warranty on it, but when they saw it they said they couldn’t replace it under warranty because it had physical damage!

What the heck else kind of failure would a case have? A software problem? A sticky key? I argued with the guy and then asked for the manager who said the same thing. I was incredulous. I explained to her that I had spent $4600 with Apple … in the last week. (Yeah, don’t ever buy two iPhones and three watches and Apple Care on them all in the same week.). She sighed and said that just this once she’ll replace it under warranty.

The bottom line is that I got my iPad replaced without argument and they did it really quickly and efficiently, making it the Table of Happiness instead of Sadness.  In November of 2015, I did pay $949 for that iPad Pro, but the $99 worth of AppleCare has given me five iPads in three years, and I still have nine months left on my AppleCare. Who knows, maybe there’s a sixth iPad left in my future?