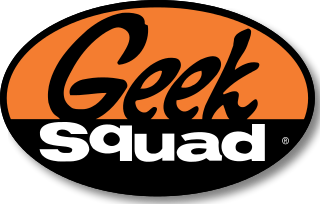 If you’re like me, and procrastinated till the very end of Apple’s $29 battery replacement program, you might still be able to get it done before the deal disappears at the end of 2018. I procrastinated because the phones weren’t in really bad shape, they were all around 89% health.

I finally decided to go for it anyway. I went on line to make an appointment at the Apple Store to have them replace the batteries in 3 phones. I tried to get an appointment and I could get one, basically, never.

I called AppleCare to see if they could get me an appointment. They sometimes have super powers when it comes to making appointments, especially further out that us mortals can see on the schedule. They couldn’t get me an appointment at my Apple Store, but they asked how I’d feel about doing it at Best Buy.

I’m actually a fan of Best Buy but had never taken the Geek Squad seriously. Not only did they suggest Best Buy, the lovely gentleman on the phone actually made three successive appointments for me at my local store. You don’t have to wait for the three appointment times, but you definitely have to have multiple appointments to get multiple phones repaired.

I was a bit trepidatious about the Geek Squad, but I have to say that it was a great experience. The gentleman who took my phones absolutely knew what he was doing. He was efficient, skilled and had the right tools. He ran some diagnostics and enjoyed showing them to me. I asked if I could take a photo of the screen but he said he really wasn’t supposed to show it to me as it’s proprietary Apple software.

The purpose of the diagnostics was to make sure that nothing else is wrong with the phone. In my case, the only test they failed was the battery test. Two of the phones came up yellow. These were Lindsay’s iPhone 7 Plus and Nolan’s iPhone 6 Plus. I wasn’t surprised that Nolan’s iPhone 6 Plus had failed because he’d been having serious slowdowns with it. It was painful to watch him try to use it.

The reason I had Lindsay and Nolan’s phones was because we gave them Steve and my iPhones X. Mostly it was to help Nolan out but we figured Lindsay could use one too. Helped us justify buying the iPhones XS of course too.

There was a surprise though. My iPhone 7 Plus, that I use for doing video tutorials for ScreenCastsOnline, did not fail, it simply never finished the battery test at all. My little Geek Squad friend (wish I’d gotten his name) explained that when a phone doesn’t finish the battery test, it usually means that the battery is so bad it can’t even finish. I didn’t know that phone was in such bad shape at all.

As we watched the tests, I found out he’s an Android fan and so we chatted about what’s fun in the Android universe. I think he was surprised at that, but I told him that we’re over the whole religious battle about Android vs. iOS. It seems that it’s time to come together, not find reasons to be at odds.

He explained after the tests that the phones would be ready in 3 hours, because he’s required to quote one hour for each phone in series. I told him not to sweat it, I’d be back the next day. I picked up the three phones the following day, and after checking that all three phones were at 100% I was good to go.

For $29, all under the Apple battery replacement program, I had far less hassle than dealing with an Apple Store. I am now a fan of Best Buy’s Geek Squad, and will probably check it out as an option for the future.