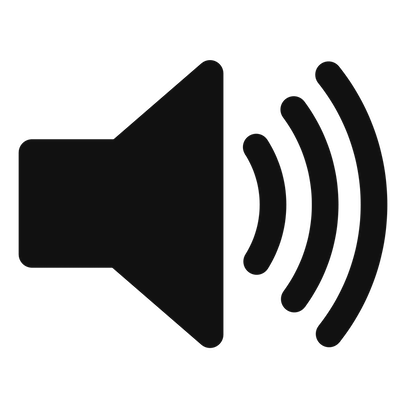 In Chit Chat Across the Pond this week, I talked to David Woodbridge about Samsung tech and we wandered off topic a while when I mentioned that I bought a Tesla. It spawned a discussion of how you can’t hear an electric vehicle coming. My buddy Ron, who has driven Teslas for the last 5 years, warned me to be very aware of that in parking lots. He says that it’s really common for someone to be walking along in a parking lot and suddenly veer right in front of him because they don’t know he’s there. Steve and I have made a ritual that whenever we’re driving in a parking lot, we say out loud, “No one can hear us” in hopes we’ll be able to keep it front of mind.

Now imagine you’re blind and there’s electric vehicles driving around everywhere. How terrifying would that be? As you can imagine, David is not a fan of electric vehicles. According to Vision Australia (the company where David works), and Monash University Accident Research Centre (MUARC) in an article on The Driven, their study “reveals 35 per cent of people who are blind or have low vision surveyed had either had a collision or near-collision with an electric or hybrid vehicle.”

I found an interesting article on Mashable that describes the legislation that’s going into place in the European Union and the United States to compel companies that produce electric vehicle to add a noise to them, at least when they’re at low speed.

The idea is that once a car gets up to speed, the wind noise and tire noise on the road is enough of an audio indicator, and added noise is no longer necessary. That speed above which it doesn’t have to make noise is 12 mph in the EU but 18.6mph in the US. Evidently fluid dynamics laws of physics operate differently in different regions. 😉

In the US, all electric vehicles will be required to make noise by September 2020 and 50% have to make noise by this September. The EU directive goes into place “by 2021”. Sadly the article points out that in spite of Vision Australia’s work to change this, Australia has no legislation on the books at all.

But focussing on the good news, Mashable put together a set of audio clips of the noises the different auto manufacturers are planning to put into their electric vehicles and it’s pretty interesting to hear the ideas. I’m going to play each of them for you from the Mashable article.

We’ll start with the Citroen Ami One concept car. I think this was recorded in a noisy environment (probably a car show) so you’ll hear voices in the background. I’m pretty sure that’s not part of the car’s sound; that would be super confusing!

Next we’ll hear the Nissan LEAF. It’s kind of a high squeaky sound. Nissan decided to give the backup sound on the LEAF a different sound, which is interesting. Mashable refers to it as reminiscent of the beeps trucks make when backing up.

My favorite of all of them is the Chevy Bolt. It really sounds like a car of the future.

Finally we’ll hear the Harley LiveWire Electric Motorcycle. I’m only going to play a tiny bit of it because I find the sound nearly as annoying as an internal combustion engine motorcycle!

I’m disappointed that Tesla didn’t respond to Mashable’s request for the sound they’re going to deploy. I’m sure curious to see whether Tesla is already building the speaker and software into the cars right now and will simply flip a switch in September. They do that often, put in hardware that’s not yet enabled in some way. I really hope my car makes noise, because I don’t want to hit someone any more than they want to get hit!

2 thoughts on “Electric Vehicles Will be Required to Make Sound”