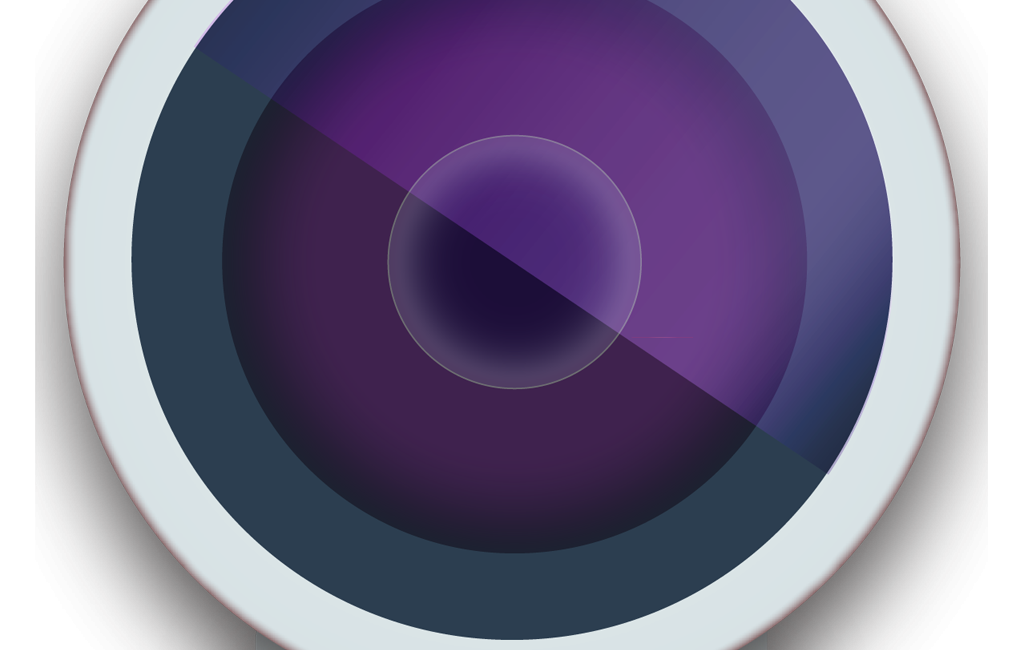 When we all went underground, I did a blog post where I talked about the essential equipment for participating in video calls from home. I also talked warned about price gouging. At the time, the Logitech C920 webcam that I recommended was going for close to $300 when it’s normally closer to $50, but it was still available for the normal retail price at Logitech’s site. Those times have changed, finding a Logitech C920 for a reasonable price is now as probable as finding a four-leaf clover.

So how can you project your best image without a good camera? You might think that your internal camera on your laptop would be good enough. Even if you drop top dollar on a 16″ MacBook Pro, the iSight camera is still only 720p at 30fps. I’m sure there are some laptops with cameras that are passable for a family Zoom for cocktails, but to have a professional image you’ll want more than that.

It seems tragic to use this poor-quality camera if you’ve got an iPhone or Android phone sitting there with a fabulous camera!

Unfortunately, you can’t just plug your phone into your Mac or PC and use it as a webcam. Or can you?

The $8 app EpocCam from Kinoni claims to allow you to use your iPhone or Android phone as a high-quality camera for your Mac or PC. I first heard about this app when Leo Laporte mentioned it on MacBreak Weekly and it sounded intriguing so I decided to check it out for myself.

The good news is that Kinoni has a free version of the app for you to try out first to make sure that it will work for you. I like the way they did it. The free app is spectacularly annoying with ads, up to and including covering the view of your camera with an entire ad right in the middle of a video session.

I say it’s a good thing because it is not an in-app purchase to get rid of the ads, you buy it outright for $8 as a separate app. The reason I like that is that it means it can be shared on your family play for iOS. Not sure how that works on Android though?

I downloaded the free version and then the instructions told me to go to Kinoni.com to download a driver. The driver installation on the desktop was painless and I agreed to the expected questions about allowing EpocCam access to my camera and microphone.

On Windows, they include a little viewer app to test the camera, but on the Mac they have you search for WebRTC Samples in your browser. WebRTC is an open-source protocol to all real-time communications (hence RTC) from within a browser.

I found a section on the github repository for the open source project where you could test a camera and microphone and oddly it did not recognize EpocCam. I was using Safari for Mac at the time so I switched to Chrome since it seems to work better with video interfaces, and sure enough, I could choose the virtual EpocCam as my source and I could see video from my camera. Sweet!

Now let’s talk for a moment about the feature they promise if you upgrade from the free version because it’s way more than just getting rid of the ads:

It was time to stop being excited about the promises and try out the full version of EpocCam. I jumped onto Zoom and tried to select epocCam for video and sure enough it available to choose as an input source. I selected it and my video looked great! I could use either the front or back camera.

I looked at the settings and I was able to change connection methods like untethering and using WiFi. They have a setting to use a green screen but it is pretty janky. I probably wouldn’t use it, even with my real green screen because it didn’t work very well.

Steve and I launched mimoLive and we tested the NDI capability I said you wouldn’t care about. The video looked fantastic, even as I untethered. I walked all over the house and with the exception of when my phone jumped from eero to eero, he said it worked great. But then it didn’t.

I got a circle on screen that said connecting, and I could not get back to where he could see me. I quit the app a couple of times, but it didn’t help. In fact, the app started quitting all by itself. I wondered whether it was a problem with having the free and paid versions on my phone, so I deleted the free one and restarted my phone and it started to work again. Still gave me a queasy feeling that maybe it wasn’t completely stable.

When I did have it back up, it didn’t want to focus on me sitting at my desk. In the list of things you get with the upgrade was the ability to do manual focus by tapping on the screen, but my installation shows on screen that it’s “fixed focus” and I can’t find a place to disable that.

Later on, I tried NDI again and again it got stuck on “Connecting”, so it doesn’t look like it is stable enough for NDI usage.

I launched a Google Hangout (yes it’s still there but doesn’t sound long for this world) using Chrome and EpocCam worked great there too. I tried Safari (which is never super happy with video input) and Google Hangouts did not see the camera. That was curious.

I tested EpocCam in Skype and again it worked beautifully.

And then security measures went into place

Some time passed and I went back into Zoom to verify some things as I wrote up the review and to my dismay, the EpocCam virtual camera was not an option to select for video input.

I went over to Kinoni’s website and found terrible news. A recent update to Zoom has disabled the use of virtual cameras. They said:

Recently many macOS application have started enabling security feature called library validation. This disables using virtual webcams like EpocCam.
… there is also a workaroud. You can remove signature from the app allowing it load again load third party libraries such as EpocCam plugin.
…Install Xcode command line tools via Terminal.app

Uh, yeah, sorry, that is so not happening! I love a good command-line solution as much as the next girl but I am not removing a security feature! Turns out Skype for Business has disabled it too, along with SnapCam.

I started perusing some of their other FAQs and discovered this:

On macOS 10.14 Mojave Apple has stopped supporting third party webcams in Apple applications like FaceTime, Safari, and Photo Booth. Nothing we can do about that, sorry.

I was super excited about epocCam as a solution as a webcam, but the set of available apps is super narrow and probably narrowing. Skype for non-business seems to work and the dead man walking Google Hangouts are pretty much the only solutions left still working and one has to wonder when they’ll be disabled as well.

What I don’t know is whether Windows and their equivalent apps like Zoom and Skype for Business have invoked similar security measures. Might be hope over there?

I really, truly wanted epocCam to be a great solution for people, but I surely can’t recommend it for video. However, you might still want to get epocCam to use your iPhone or Android phone as a microphone. For $8 it might be a great solution to not having a big-girl mic. As Alex Lindsay, the crazy high-end video guy once said in a class I took from him at the Podcast Expo, “The most important thing about video is audio.”

5 thoughts on “Can $8 Enable a Great Webcam Experience?”