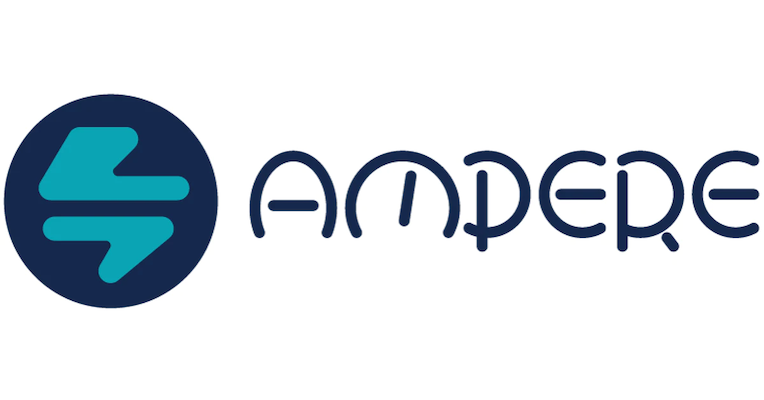 I’m not a big fan of crowd-funded projects, but once in a while I still fall for the idea. At CES in January 2019, we met with a company called Ampere who were working on a 3-way wireless charger for iPhone, Apple Watch and AirPods. It was crowd-funded, but by the time we met with Ampere, they were already shipping the charger to backers, so I decided to back the device. In just two months I got the hardware and did a review for the podcast.

Fast forward to October of 2020 when I attended a virtual Pepcom event after in-person CES was canceled. Ampere was at virtual Pepcom so I thought I’d stop by to see what they were excited about next.

Ampere was showing off a device they call Shower Power; a hydro-powered Bluetooth speaker. They explained that the flow of your shower water would actually charge the battery that powers the speaker so you’d never need to plug it in to charge it. It looked pretty nifty, and as I said in my blog post from 23 October 2020, I was sorely tempted to back the Kickstarter that was starting in just 5 days time.

My logic was that a) I had backed this company once before and gotten the product in just 2 months, and b) they said they’d be delivering by Christmas (again just 2 months away). I convinced myself that backing Ampere in a crowd-funded campaign was just as good as buying from a real store.

But as Christmas approached, I had no Shower Power to give to Steve. Instead, I gave him a wrapped box that only contained a poorly-printed photo of Shower Power along with the email showing I’d backed the project on day one.

Over the past year and a half, I’ve gotten regular emails from Ampere telling me about their progress. I learned about design changes, materials changes, challenges in the mechanics, and more. While the last couple of years have been a strain for all companies everywhere, I think this is what being part of a good crowdfunded project is all about. You feel like you’re part of a community as you cheer them on from the sidelines, the entire time grumbling under your breath that you really do just want the darn product.

I’m going to try to convince myself to remember this the next time I get tempted by a crowd-funded project, but I make no guarantees. With all this preamble, guess what? We got our Shower Power on March 15th, just 18 months after I placed the order!

Now that you’ve learned the lesson about crowd funding, let’s have some fun talking about Shower Power. The good news is that we really like it. Let’s talk first about the design and installation.

Shower Power is a cylinder that goes between your shower head and the end of the pipe to which the showerhead normally connects. You simply turn the showerhead counterclockwise to unscrew it from the pipe. Maybe you all knew it was that easy to take one off, but I actually did not. I always figured that it required some sort of mysterious plumber sorcery.

Once the showerhead is removed, you screw the Shower Power cylinder onto the pipe and then screw the showerhead into the Shower Power. Depending on your shower head, you may need an adapter, but they include them in the packaging. In a brilliant move, Ampere put a sticker on one end that says input to make sure you put it on in the right direction.

The Shower Power has an impeller on the inside, which is like a propeller but fully encased, like in a Jet Ski. The water pressure turns the impeller which generates energy to charge the battery.

So far we only have the energy-generating portion of Shower Power attached. The speaker itself is called Droplet. Get it? Water droplet? The Droplet connects perpendicular to the Shower Power forming a T. It connects using what’s called a bayonet mount. You may not know that term, but I’m sure you’ve seen one before. If you have ever connected a camera lens to a big girl camera, that’s a bayonet mount. You simply push in and turn a few degrees and it locks into place.

The Droplet speaker is around 3” in diameter and under 4” long, and in addition to being charged by Shower Power, its 1800mAh battery can also be charged via USB-C. It’s completely waterproof (duh), it supports Bluetooth 5.1, and has a max sound level of 85 dBC.

When you look at the mount for the Droplet, you may not believe that it’s waterproof, even though it obviously must be. You can see metal connectors that are part of the press-fit of Droplet into Shower Power but don’t be afraid to get it wet.

When you turn the Shower Power on, after a few seconds you’ll hear a classic water droplet sound which tells you your Droplet now has power. On the end of Droplet, it has buttons for power, play/pause, up and down volume, and one to shuffle your music.

Steve and I primarily listen to podcasts, and we’ve wanted to be able to listen to them in the shower. Shower Power’s Droplet delivers pretty good audio considering it’s in the shower. Deep voices (in spoken podcasts) are a bit muddled for our tastes, but I didn’t expect super high fidelity. I’ll get back to the sound quality in a moment.

When I was waiting for a year and a half for the Shower Power to be delivered, they made an offer to the backers to send an additional Droplet along. I forget if I paid anything for it, it may have been around $40 or they possibly gave it to me for free. I honestly don’t remember. Having a second Droplet has turned out to make the Shower Power much more useful than it would’ve been otherwise.

You see, it has been a very long time since I have used a traditional Bluetooth speaker and I forgot how incredibly annoying it is to connect more than one phone to the same device. For the first few days, Steve and I were sharing the one Droplet connected to the showerhead and it was a giant Bluetooth mess. If one of us forgot to disconnect after leaving the shower, the second person simply could not connect.

It reminded me of the old days when we had Bluetooth connectivity to our Acura’s. It was so frustrating, that we finally decided that each of us would be wireless in our own cars, but wired in the opposite person’s car. I’m not sure why Bluetooth connectivity in our Teslas doesn’t cause the same aggravation, but with a touch of a button, our phones connect easily to either car.

I said it was lucky I got the extra Droplet speaker because our solution to the Bluetooth mess was that one became mine and one became Steve’s.

At first, we envisioned that we would physically disconnect the Droplets when we got out of the shower and swap them. But then we came up with a much easier idea. Steve gets to use the Droplet that is connected to the shower, but I never connect mine to the shower. Instead, I simply use normal USB-C charging rather than nifty hydroelectric power.

According to the specifications at Ampere, Steve’s Droplet will get endless sound as long as the water is running. On battery power alone, my Droplet is supposed to get 16 hours of sound playback on a charge. I charged it fully when we first got it and I have used it quite a number of times without recharging. I haven’t done any scientific testing of the playback time but so far I’m quite pleased. The one thing the Droplet is missing is a charge level indicator, but since the primary usage for Droplet is to be attached to hydroelectric power, I understand why this was never added.

When I first put my Droplet in the shower, I put it on a little shelf and it was pretty hard to understand my podcast. I started moving it around and discovered that if I put it on the shower caddy right in front of me, the sound was really good. I did not experience the muddled lower tones that I had experienced before. Steve has taken to removing the Shower Power from the showerhead and placing it on the shower caddy as well for better sound. We suspect it has to do with how ours is oriented when installed, pointed back, and into a corner. We tried rotating it around (as shown in the photos) which would probably help, but we found it leaked in that location. They do provide some washer shims to fix this problem but we got lazy when we had a workaround.

You’re going to laugh at this next benefit I discovered. It is incredibly useful to be able to carry a speaker around anywhere you like! I know, I’m acting like I made fire here, but I have been using the tethered HomePods speakers for so long that I forgot how delightful it is to be mobile. So not only do I have my podcast playing in the shower, but when I walk into the bedroom, I can carry my podcast with me. Captain Obvious here, but it delights me and I’m going to enjoy it.

If I had to ask for one more thing on the Droplet, it would be a better way to know whether the device is on or off. If you press the power button it turns blue and it makes the droplet sound but then the blue light doesn’t stay on as an indicator that it’s powered up. It makes a droplet-type sound when you turn it off, but I can’t tell if it’s different than the on droplet-type sound. Again, I suspect that this was not a high priority for this device, since the purpose of the Droplet was to be in the shower, powered by the flow of water, but it would be helpful.

The bottom line is that I am going to try really hard not to back another crowd-funded project, but in the end, I am happy that we backed Shower Power by Ampere. It is a cool device that uses energy that’s being wasted, we can take our Droplets with us when we travel, and we finally have our podcasts in the shower!

You can buy Shower Power for $99 US and Droplet for $49 US from ampere.shop/…