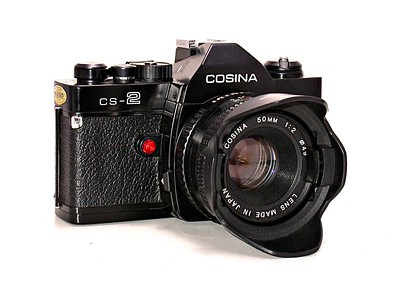 I’ve been an enthusiast photographer since December 1986. Mum, Dad, my brother and I were on our way to the UK for a holiday when it happened, in a camera shop in Lucky Plaza, on Singapore’s Orchard Road. Lest you think I was buying, I wasn’t. My brother was, and as he was choosing his new Nikon, he thrust his old Cosina CS-1 SLR with 70-210 mm Sigma lens at me. I was now the proud owner of my first camera. In true “grandfather’s axe” fashion, I still have the same camera today, though I have replaced the body five times and the lens, errr, a few more times than that.

In the film era (1986-2006 for me) I was happy if any photo “turned out” and was very occasionally excited by a particularly good shot. When the digital era dawned for me in 2004, with a Fuji S3000 3 megapixel compact camera, not much changed except I started taking more photos. There was still very little that happened between taking the shot and “the final result”. I didn’t even fix off-level horizons.

When I got my first DSLR, it just took better photos, still without me doing much at all. Eventually, I was convinced to explore RAW photography and things got more interesting, as there was a lot more leeway to make photos look “good”. Looking back at published photos, I seem still to have done very little to them apart from fixing exposure and maybe cropping (only ever to the original 3:2 ratio) for many years.

Gradually, I learned more and more about how to tweak and prod my photos to get a better result. I went through a series of software changes from nothing to Lightroom to Aperture, back to Lightroom, and to Luminar 3 and 2018. Still, most of what I was doing was basic “fixes” to my photos. Only occasionally, I would spend some more time — Luminar was great for “pushing the envelope” to get some punchy results that weren’t strictly “accurate”. But it was Luminar’s failing — constant course changes in the product roadmap, while breaking promises — that led me to look at PhotoLab 3. That’s when photography began changing for me; It started to become something I love.

I reviewed PhotoLab 3 for the NosillaCast in January 2020, only a few months after I started using it. I won’t rehash a full review here, as much of what I said then about version 3 still applies to version 5 that is on sale today, though there have, of course, been improvements.

PhotoLab’s “secret sauce” lies in their ‘modules’, which contain profiles for supported camera body and lens combinations (you should check compatibility with your equipment before downloading) that are built by measuring the actual equipment in DxO’s own labs. These mean you get the absolute best quality from your RAW images with corrections for vignetting, aberrations, and distortions, and astonishing, edge-to-edge sharpness. I raved in my review about the sharpness achieved, and the remarkable PRIME noise reduction which works on the RAW data itself.

Next, I started hanging out in the DxO forums, learning more and more about PhotoLab’s tools. As I learned more, I started caring more about finessing many of my photos. I realised that PhotoLab was able to get much higher quality photos from my camera, which in turn encouraged me to make them the best they could be with thoughtful processing. I was so impressed I decided to revisit the photos I had taken in Singapore six months before I bought PhotoLab. Some of the nighttime shots, in particular, took on a whole new appearance when PRIME noise reduction was applied. Then something special began to happen — I began to fall in love with some of them.

PhotoLab 4 introduced an astonishing leap forward from PRIME noise reduction, with the machine learning-powered DeepPRIME. This had me revisiting some photos again to apply DeepPRIME where it was warranted. Photos that PRIME couldn’t quite tame became candidates for being great. Photos that had been great had the possibility to become excellent.

After I upgraded to PhotoLab 4, I really got the bug for going back to revisit old photos. I’ve re-processed well over 2,000 photos going as far back as 2008. Even photos taken with my 2006-model camera are coming out looking fantastic — if the work I had put in at shooting time was good enough. I haven’t taken that many DSLR photos recently — 2021’s total count was 134 published out of 772 taken — but I’m enjoying going back through my old photos and seeing what I can unearth. In addition to the over 2,000 I have re-processed, quite a few previously unpublished photos are now seeing the light of day, and the occasional one of these really hits the spot for me, too.

Perhaps the most telling change is that I no longer use other people’s images for my desktop wallpaper. At home, I have two screens and use four ‘Spaces’ across each. Every one of the eight screens has one of my photos on it. I get to see these photos every day, and I am not tiring of them because they delight me every time. Or, to put it more strongly, I love these photos. These photos made possible, yes, by my camera gear and some knowledge of how to use it, but made loveable by PhotoLab.

I know for many people, phones are good enough to be their only camera, but if you want the feeling of truly creating an image to love, I recommend using a dedicated camera and PhotoLab. PhotoLab has unequivocally made me love my photography by getting the absolute best out of my equipment, which then makes me want to tease and prod my images into something truly great; something, maybe, to love. Before PhotoLab, I never actually loved a photograph I had taken. I have been pleased, even proud, of some. But I’d never loved them.

2 thoughts on “How I Fell in Love with Photography”