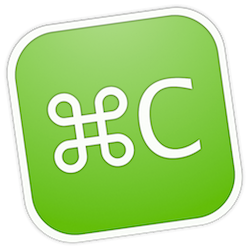 As you know I’m good buddies with the SMR podcast guys, Robb, Rod and Chris. Their communication tool of choice is WhatsApp, mostly because it works on Android, Windows Phone and iOS so there’s never a compatibility problem. It’s fine for a chat client, supports text, audio, video, and photos. There’s one huge problem with it though, you can’t use it from the desktop, not even from a web interface. If I’m sitting at my Mac with a perfectly good keyboard in front of me, it drives me bonkers to have to type on the iPhone.

On occasion, I’ve gotten into such heated discussions with them that I’ve dusted off my Bluetooth keyboard and connected it to my iPhone but that’s kind of a pain too.

Today I got an email from a user group talking about how long the line was to buy an iPhone 6+ at the Manhattan Beach Apple store. He said it was about a hundred feet long and he had to wait 2 hours to get a phone. That’s pretty crazy – 41 days after launch and there’s still giant lines! Anyway, this is just the kind of long form text I wanted to send to the boys but there it was locked away on my Mac and I wanted it on my iPhone. Wouldn’t it be cool if I could copy from my Mac and paste into my iPhone or vice versa?

Enter Command-C from danilo.to. I have no idea how this app works but it’s really cool. You pay $4 for the iOS app, and then the Mac app is free in the Mac App Store. Command-C works as a menubar app on the Mac, so I chose to tell it to run at login. I may not keep that forever, as this is a one-off use kind of app, but who knows, maybe now that I have it I’ll want to use it all the time.

After installing on iOS you flip through a few screens that explains how the app works. You have to have your Mac on the same wifi network and you choose whether to have notifications. They politely explain that you need them to start this up but you can turn them off later. You also pair from these starting instructions which is a very good thing. You wouldn’t want anyone on the same wifi network to be able to just start pasting stuff all over you, right?˛

I selected the text in the email that I wanted to send to the iPhone, copied it, and then tapped on Command-C in the menubar. It popped down from my menubar showing me the available devices, which in this case was my iPhone. A double tap on the device and suddenly an alert came up on my iPhone screen showing Command-C as the application and the text of what I’d copied. I flipped over to WhatsApp, held down with my finger in the text field till Paste showed up, and boom, there’s the text from my Mac! It was EXACTLY what I wanted!

Now I’m wondering how many of you are hollering at your screens, “you moron, you have mail in your phone, you could have copied from there! Well, yeah, that would have been a smart thing to remember before I started this. I’m glad I didn’t remember though, because I’ve had a lot of circumstances where this WOULD be helpful, like in writing original text on my Mac to paste into that stupid WhatsApp, right?

Back to Command-C, there’s some nice options in the preferences. If you don’t like pulling down menubar items, you can use a hotkey (command-x) to pop the menu down. You can choose how many of your devices to show in that menu too. Not sure why you wouldn’t want to show all of your devices, but maybe if you have a large network you manage that would get out of control. You can show or hide the menu bar or dock icons which is really swell. If you like sounds and animations, Command-C has them for you but if that stuff drives you crazy (like it does Steve), then you can disable them.

There’s a section called Background in Preferences, and it’s supposed to allow the functionality even when the app isn’t open. I think I had unrealistic expectations of how it would work – I thought I could quit Command-C on both iOS and OS X and it would somehow magically work. You have to have them running in the background, they just don’t have to be open. Duh, right?

If Command-C is unable to paste the text to the other device, the pushing device makes a sad sound and the logo turns red. Nice to have the negative notification too so you don’t just sit there wondering if it works.

I almost forgot to mention, you can also copy from iOS back over to the Mac. I put it on my iPad and was also able to happily fling text around in a circle between my three devices. You may not need Command-C today but I’m guessing somewhere, some day you’ll need to copy and paste between your devices and you’ll think, “Didn’t Allison tell us about something that could do this?” Send me an email when you do, or just search the shownotes for Command-C from Danilo Torrisi at danilo.to.