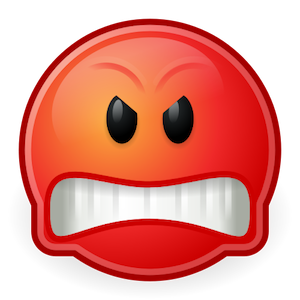 Last week our friend Rod Simmons came over for a visit and he brought the new Microsoft Surface Book. He tried to connect it to our home network but it kept getting in and then losing the connection. I wanted desperately to make fun of it, what with my ever so slight Macintosh bias, but I couldn’t. You know why? Because EVERYTHING is fiddly now. Let me give you just a few examples.

I love my new AppleTV and was excited when I heard about the new Plex app that lets you view your ripped and home movies on your AppleTV. Pat Dengler shared her Plex account with us so we could watch her movies on our TV and it worked great. But later when I tried to use MY Plex library it got fiddly. I had our media library on a hard drive hooked up to the Mac mini and had to upgrade it to get it to work with the new Plex app on the AppleTV. Ok, that’s reasonable. But after I did that, I couldn’t get OUT of Pat’s library!

Plex has a web interface too, so Rod suggested we try that. From the Internet, we were able to see both libraries, but the AppleTV still couldn’t see the local library! So…I can see the library inside my house only if I’m on the Internet, but if I’m on my own network, I can’t! I still haven’t figured that one out.

I love my Apple Watch, but it’s fiddly too. Lots of times I tap on things and absolutely nothing happens. I’d say it ignores me about 20% of the time. Here’s another thing, if I take my watch off after working out and I’ve forgotten to shut off my workout, the green LEDs stay turned on, burning my battery down to zero. Turning off the workout after I take it off doesn’t fix it, even if I put the watch back on. The ONLY way I have figured out how to stop the LEDs is to shut the watch down. It’s fiddly.

I love my iPad Pro. I love the grand size, I love using it to watch video podcasts. I love the new onscreen keyboard for the bigger iPad that gives you smaller keys and all of the numbers and symbols. But then it gets fiddly. Let’s say I want to start a Tweet with the @ symbol. The @ is above the 2. Sentences start with capital letters, so Apple defaults to the cap key on. But that doesn’t give you the @ symbol if you tap the 2, it gives you a 2. Ok, fair enough, toggle the cap key off. You still get a 2. Turn the cap key back on, and you can get the @. So cap key on means @ only if you hit the key three times! Normally if you slide your finger up on a key, you get the symbol above it, but not if it’s the first character in a new sentence. I fiddle with this every day.

I’m a pretty darn accomplished Mac user but lately it seems that managing multiple displays is fiddly. I have a MacBook Pro hooked up to an Apple Cinema Display. I know how to go into System Preferences, Displays, Arrangement, and then drag the white menubar from the Mac to the Cinema Display….but every once in a while things INSIST on opening on my Mac’s display. It’s fiddly I tell ya.

Ok, let’s just not even talk about wireless printing because this is a family-friendly show.

I wanted to set a couple of static IP addresses on my Airport Extreme router. I popped open the Airport Utility…and it can’t see my router. The icon for Internet is nice and green, but there’s no router shown at all. I’m definitely on the Internet so I know it’s functioning and I can see that I have an IP address, but darn it that Airport Extreme is just invisible right now. I have the Airport Utility app on my iPhone and it can’t see the router either. I know that this means an afternoon of resetting the router and digging up my documentation of how I had it set up (you DO document your router settings, right?) but I just don’t want to! Fiddly stuff!

I should probably leave Bluetooth in the same category as wireless printing but I can’t resist. I have a pair of Biena Bluetooth headphones that pair to my iPhone with zero trouble. I wanted to use them with my iPad the other day but for the life of me I couldn’t get them to let go of the iPhone unless I turned Bluetooth off completely on that device. I didn’t want to do that because my Apple Watch attaches over Bluetooth to the iPhone and I wanted to keep that connection going.

My husband Steve and I both have Acura cars with Bluetooth head units. We have lost so much of our lives trying to switch back and forth between iPhones in the two cars that we finally had to draw a truce. When we’re in his car, his phone gets the Bluetooth connection and mine uses a USB cable, and when we’re in my car we reverse that. You’d think that would have caused peace in our land, but I can’t tell you how much time we’ve lost fiddling with even the wired connection trying to get “iPod” to show up on the audio head unit.

I could go on but I think you get my point!

What About Normal People?

This got me to thinking about normal people. If you’re reading or listening to this, you’re probably on the high end of the user spectrum but you know who I mean by normal people. People like your brother who knows everything about basketball or construction or cutting hair, but who don’t care about tech and don’t want it to be a hobby. How do we convince them to use this stuff when it’s so darn fiddly?

Whatever happened to “It just works”?

2 thoughts on “Everything is Fiddly!”