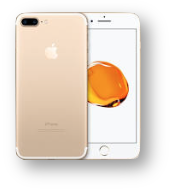 One of the hard things about reviewing gadgets is to remember to use the words, “for me” and “I feel” and not make categorical judgments. I hear a lot of male podcasters who talk about gadgets from their own point of view and don’t take into account that another gender might have a different perspective. If I hear one more time, “it has to fit in a pocket”, I’m going to scream. You wouldn’t think much of me as a reviewer if I said, “it fits in a purse so it’s perfect for everyone”, right?

With that in mind, I started thinking about going up in size from the iPhone 6 to the 7 Plus well before it was officially announced.

My pants and shorts simply don’t have pockets suitable for carrying any size phone, but I do always carry my purse. My purse is quite small, but there isn’t a mobile phone made today that wouldn’t fit in it. Even waffle-sized phones are still thin and fit in anything bigger than the smallest clutch.

So maybe a plus-sized iPhone would be right for me. See what I did there? “For me.” When the iPhone 7 Plus was finally announced with those dual camera lenses, I was sold beyond any doubt. I’m going to save the camera discussion for another time and focus on the other features first, but the dual cameras were definitely important in helping me be sure I wanted to go for the plus.

Now that I have it in my hot little hands, I have to say that it took me no time at all to get used to the giant size of the 7 Plus. I IMMEDIATELY loved it. It doesn’t feel huge to me at all; it feels just right.

Since I’m 58, even with the progressive lenses I wear, a bigger display is almost always better. With the plus-sized phone, I get the same number of icons on the home screen, they’re just bigger and easier to see. But in other applications you actually get more on screen. Since many apps allow us to control the font size to our own desires, you can make the phone go either way for you and your eyes. One thing I was looking forward to was being able to zoom things up bigger in web pages, and the 7 Plus does not disappoint.

I’m a big fan of AppleCare+ for the iPhones, especially because my family is prone to dropping their phones. In past years, even with AppleCare, the screen replacement was $79 for the smaller phone and $99 for the plus. Apple just recently changed their offering; it’s now only $29 to replace a cracked screen under AppleCare, regardless of the size of the phone. Makes me hope that maybe they’re less likely to crack. Wouldn’t that be lovely?

This not only makes AppleCare+ a more compelling offering, I started thinking maybe I don’t have to protect my phone like an armored vehicle. For the first few days I’ve been using the phone in it’s naked form and it’s a joy to hold. That is, until I try to type with both thumbs. The phone feels top heavy like that and since its slippery, it’s hard to use.

Since I’m not that great of a two-thumb typist anyway, I tried holding it in one hand and typing with my forefinger and that worked well for me. Pat Dengler picked me up a pretty cool case from tech21 that I might end up using though. It has a nice rubber bumper that feels pretty good, and the back is a clear plastic with a kind of golf-ball-like indented back that shows off the lovely gold of the phone. It’s called the Evo Mesh and she found it at Apple for $40. It looks great but the jury is still out on whether I’ll use it or not.

As you’ve probably heard, Apple took out the physical home button and replaced it with a haptic feedback button provided by their proprietary Taptic engine. I’m a HUGE fan of the Magic Trackpad Apple introduced about a year ago in the MacBook and the standalone trackpad, so I was looking forward to the new home button. That physical home button was problematic for a lot of people, having to have it replaced as it became non-responsive over time. As a mechanical engineer, it pains me to say that the fewer moving parts you have, the fewer failures you’re going to have from repeated usage.

When you first start using the phone you’re given a little screen where you can choose how hard you have to press to engage the home button. Personally I hate clicking hard on things. On the older MacBooks and MacBook Pros I always immediately turned on the ability to tap instead of click on the trackpad, but with the Taptic engine I find myself very pleased with the light click of the Magic Trackpad. On the iPhone 7 Plus, I found that the lightest touch to the Taptic home button is the most pleasing to me. Apple is all about customization now so you get to pick what feels right to you. Unless you want a headphone jack of course, but let’s not go down THAT road, ok?

With the non-mechanical home button comes some weird changes. I wanted to do a hard reboot on my phone and couldn’t figure out how to do it. On older phones you hold down on the power and home button at the same time and you get a power down slider. When I tried that on the iPhone 7 Plus, however, it kept taking screenshots instead. Normally a single click of those two buttons does the screen snapshot but for the life of me I couldn’t get it to shut down. I eventually discovered an article on The Mac Observer where Jeff Gamet credited Victor Cajiao for figuring it out. With the new home button, full power down is the power button plus the down volume button. I never would have thought of that on my own!

I mentioned accidentally taking screenshots but at the same time I’m finding it harder to take them on purpose. It messed up so many times during a FaceTime call with Lindsay where she was letting me talk to our grandson Forbes, that she mocked my technical skills! Daughters really know how to hit their mothers in their soft spots, don’t they?

The speed of the 7 Plus is AMAZING. I put my iPhone 6 and 7 Plus side by side and launched a bunch of applications and in every single case the 7 was way way faster. I mean countable seconds faster. But then I had a thought. I borrowed Steve’s iPhone which is a 6s, and the 7 and 6s performed almost exactly the same. In some app launches the 7 was faster, but in some the 6s won. In every case though it was differences of less than a second.

It’s important to note that my 6 and 7 Plus were both running iOS 10.0.1, and the 7 Plus was restored from a backup of the 6. It’s entirely possible that some sort of cruft got left out when the restore from backup took place and that’s why the 7 Plus is so darn much faster. As of the time of this writing I’m doing a full reset of the iPhone 6 and I’m going to restore it from its own iCloud backup and I’ll rerun my tests. I’ll be sure to let you know what I find.

Although the iPhone 7 Plus costs a grip (as the SMR Podcast guys would say), I have no regrets. The price was $869 for the 128GB AT&T model unlocked before tax and AppleCare. But as always, remember with Apple products that they retain an amazing amount of resale value. As soon as I’m done with my tests, I’ll be delivering this pristine phone in its original box to a happy friend of mine for the price of $300. I could have gotten a little bit more but I find that procrastinating on selling is a road to never selling at all. Compare this to the $200 that Gazelle is offering for this phone in flawless condition and that $300 doesn’t sound so bad, does it? It’s also a great deal for my friend, as Gazelle sells this same phone for $400! I brokered this deal through my friend Diane, and I demanded that she cook me something grown on her farm, like maybe that amazing zucchini bread she makes. Now how good of a deal do you think I got?

I’ll get back to you on the iPhone 6 comparison tests after the reset from backup is complete. In any case, if you’re a girl with a purse, or a guy with big dad pockets (or secure enough in your masculinity to carry a purse like my brother), then I can highly recommend you get the iPhone 7 Plus, and that’s before I even tell you how wicked awesome the dual cameras are! (spoiler alert)