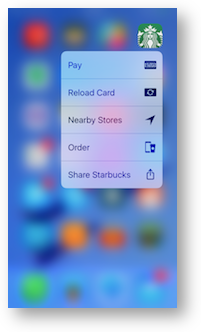 Last week I did an article entitled “3D Touch is More Useful Than I Thought”, and the response to it has been great. A whole bunch of people have written in to tell me about even cooler stuff I didn’t know 3D Touch could do. Here’s a few of them.

Steve Feinstein explained that on the iPhone you can use 3D Touch to control the cursor in text entry by pressing on the keyboard. This is spectacular! I never knew it could do this and will reduce a huge bit of friction. I don’t know about you but sometimes I leave typos in because it’s so tedious to try and get the cursor in just the right spot. By the way, if you’re frustrated by this on iPad which doesn’t have 3D Touch, holding down two fingers on the virtual keyboard will give you the same cursor control. I use that all the time.

Steve also explained that you can use 3D Touch to open the task switcher by pressing on the left side of the screen. He said that these two uses of 3D Touch were enough for him to upgrade from a 6 to a 6S.

Next my daughter Lindsay commented in our Facebook group (podfeet.com/facebook) after I posted the article there. She wrote, “I found another good use. I had an unknown contact call me, and when I went to add them to my contacts directly from the missed calls list, there was no option to add them as a contact. Turns out you have to 3D Touch the phone number and then it will give you the “create new contact” option. Who knew?”

I never would have thought to 3D Touch in that case, so I think the lesson is, when in doubt, 3 Touch.

This week I got to be on the Clockwise podcast and Mykah Sargent asked us to talk about whether we use 3D Touch. He walked right into my favorite subject. Anyway, in the middle of the discussion, Jason Snell mentioned that he too has trouble triggering the jiggly icon dance, now that he has 3D Touch. The guys on the show explained that you have to simply rest your finger on an icon (a long touch) and then they’ll start to jiggle. Sure enough that worked.

Then on Twitter, Ryan Warner aka @solowalker explained that you can adjust the sensitivity of 3D Touch by going to Settings > General > Accessibility > 3D Touch. I’ll have to dig into that.

On Clockwise I said that while 3D Touch is super useful for those apps that are on my home screen, I use spotlight to search for any app not on my home screen, which would mean I couldn’t use 3D Touch on them. Ryan and also Marc Gordon and Jonathan Alba all wrote in to explain that you can 3D Touch on apps when Spotlight reveals them to you. How cool is that? Thanks so much everyone for the great tips. Let’s keep going and take a look at the rest of the more interesting implementations of 3D Touch. 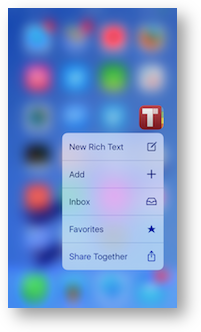 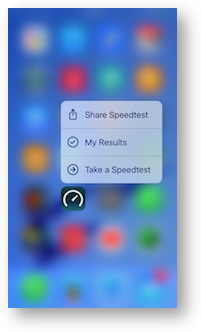 This hasn’t been an exhaustive list of all apps that use 3D Touch but I hope it was enough to help you get excited about it and maybe remember to give it a try on your favorite apps.