George from Tulsa here to give you a brief overview of three Android devices I recently purchased.

The Nvidia Shield Tablet is a serious gaming machine and showpiece for Nvidia’s connected gaming network. It’s also the fastest Android tablet on the market today, surpassing even Google’s flagship Nexus 9. I’m not a gamer, think Atari 2600, and bought the 32 GB LTE Shield to connect my camera card, copy off Olympus format RAW files, and edit them using the Android App Photo Mate R2. I hadn’t even installed Portal and the Half Life Series Nvidia promoted as draws to buy the Shield. But on Thanksgiving Day my visiting younger generation saw the Shield, and begged. Then disappeared into gameland.

The Shield’s form factor is much like the familiar Nexus 7, just a bit bigger. It offers a 1920 x 1200 screen, dual front facing stereo speakers, and even a subwoofer. Leave your Bluetooth at home. There’s a Stylus and Apps that use it. My daughter, the art school graduate, reports the Stylus works pretty well, but isn’t a threat to replace her Wacom Cintiq Android Tablet.

I upgraded my Shield to Android 5.0 “Lollipop” before setting it up. After using Android L on that device, I blocked its install on my Nexus 5 phone and 7 tablet. Maybe someday, not yet. It is too bright, I’m not a fan of card based notifications throughout, and prefer the ease of accessing settings on the older KitKat. KitKat is faster.

The Shield came unlocked, with an ATT SIM. I had no trouble activating it on T-Mobile as a 3 GB $10 a month add to our existing plan.

Lisa at MobileTechReview did her usual thorough review of the Shield when it first released.  If anything I’ve said about the Shield captures your interest, refer to Allison’s Show Notes for a Link to Lisa’s review.

Amazon’s Fire HD 6 tablet is cheap, really cheap, priced as low as $99. It’s also quite good, if a bit heavy. I bought one because I’ve been carrying last year’s far more powerful HDX 7 in a pouch while I walk so I can listen as Amazon’s superb Text to Speech reads Kindle eBooks. The HD 6 is running Fire OS 4.5.1, a much improved version of Amazon’s Android Fork. Its physical controls are easier to operate by touch than the more expensive HDX. Overall, an amazing device—for the price point.

After I bought the HD 6, I thought how much better it would be if smaller and lighter. Like, say, phone sized.

And no sooner did I make that wish than Amazon delivered, putting the 32 GB Fire Phone LTE unlocked GSM on sale for $199, and throwing in a year of Prime worth $100. 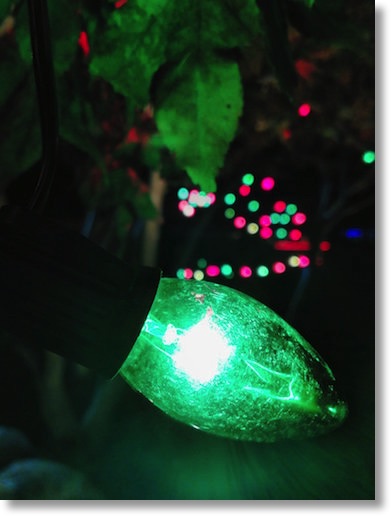 It’s no wonder the Fire Phone was a giant Fail. It’s UI isn’t good, depending on four battery sucking cameras to track a user’s face and present context sensitive menus. The Fire Phone is hot to the touch in default mode, and munched its battery fast. I turned all that stuff that Amazon calls “dynamic perspective” OFF which saves much processing and battery, but leaves holes in the UI. I had to use the built in MayDay Help Feature to find Audiobook menus that stopped appearing without the tilt response that’s part of “dynamic perspective.”

It’s just too bad. The Fire Phone, minus the bizarre dynamic perspective cameras and UI, is a solid device with good performance. The camera is a 13 megapixel with optical stabilization and an f2.0 lens. Its side firing stereo speakers have good separation, work ok in a quiet room, are best for straight voice, but won’t inspire owners to leave the Bluetooth behind.

To wrap up, if you’re interested in serious and mobile gaming, the Shield currently has no real competition. If you’re open to Android, and want Android’s best performance, it’s the Shield.

At the current unlocked price of $449, though that does include the year of Prime, I don’t see how Amazon will sell any of the Fire Phones stuffed into its warehouses. I know this may not be fair, but I just can’t see relying on that device as a communication tool.

There are better tablets than the Fire 6. But there’s simply nothing else for sale today that’s competent, pleasant to use, so portable, and which offers so very much entertainment value for so little money.

Get the 16 GB version, consider Amazon’s “All You Want” $9.99 a month Kindle Unlimited with tens thousands of books and audio books, and with the addition of Amazon Prime, music streaming and cloud storage.

If there’s any Amazon-branded gear that interests you, watch for daily deals. Seems there’s always something on, er, “Fire Sale” this Holiday Season.