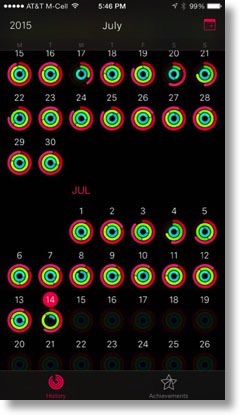 Dave Hamilton of the Mac Geek Gab was talking about how his iPhone misbehaved badly when he first installed iOS 8.4. He said that the battery was draining even while on the charger. While interesting I didn’t worry about it too much because I’d been running it for a while now and my battery was fine. Until a couple of days ago when it started losing charge like it had a hole in it! I plugged it into the wall charger and not only did it not gain charge, it got REALLY hot. I gave it a time out, shut it down all the way and restarted. Didn’t fix the problem. Charged it over night and in the morning it seemed fine. Till at 10:30am after my morning run when I got the 20% battery warning. Well that’s not good.

Dave had said that since he was leaving on vacation the day he installed 8.4, he had no time to fool around with things so he simply ran a backup and did a restore and all was well. Cool, I decided I’d do that too. I do keep iCloud backups turned on but I hesitate to use them. Why sit around waiting for the cloud when I can do a backup right to iTunes the old fashioned way? I ran the backup and then told iTunes to do a restore.

It asked me 12 times was I SURE I wanted to erase everything. Well of course I’m sure. After the phone was erased, I told it to restore from the backup. My first inclination that something was awry was that it said my last backup was on July 6th and it was July 14th. I figured it wasn’t that big of a deal if I got a backup from the 6th, my photos are all protected, email is in the cloud, what could I need so badly that I did between the 6th and 14th?

For some reason the restore took HOURS to complete. It seemed to be actually writing the code by hand for every app it was putting back on the phone rather than just copying over USB. It finally finished. I wasn’t done yet though, the phone had to go through a whole bunch of initial setup stuff. I had to tell it the network, give it a passcode, tell it no to storing passwords for me in iCloud Keychain and even train it to do my fingerprints. Then I had to re-pair with my Apple Watch. I was excited because on the first day it didn’t work right and I didn’t get to scan the psychedelic swirly image on the watch like the cool kids to perform the pairing. This time that worked and all that was left to tell the phone to use my credit card for Apple Pay again.

And then I noticed something HORRIBLE. 100% of my Activity data was gone from the Apple watch app. I couldn’t believe it. I’ve been exercising like a maniac since May 24, and all of that lovely data was gone. I immediately texted Dave Hamilton to ask him if that happened to him, and he said no. I was distraught to say the least, and Dave didn’t make it much better when he so helpfully said: “The good news is that regardless of what your iPhone says, you actually did all that activity, ya know. 😉” He clearly doesn’t understand me.

As one does, I started hunting on the web for a solution. I was unwilling to give up on all that juicy data I had collected. It turns out there’s a good reason that Apple did not keep this data for me. Remember how they said they are committed to keeping our private data private? They are especially serous about protecting our health data (as well they should) and activity data is considered health data. Because I ran a backup on my computer, and my backups are not encrypted, Apple did not include my sensitive health data.

The good news is that if you have an iCloud backup, Apple encrypts it so your iCloud backup does include your health data. Took a look at my phone and realized that I had an iCloud backup from that morning right after my run. Went through the entire rigmarole of restoring from a backup again.

While the backup was coming back down from the cloud, I decided to stop watching the phone like I had been doing obsessively pretty much all day and I went for an untethered walk with my dog. It was a very odd experience to have no podcasts in my ears and just enjoy the out door surroundings, heck I even talked to a couple of people. I wouldn’t recommend it for the the long term of course, but it was an interesting experience nonetheless.

When I got home to my great delight all of that luscious activity data came streaming back into my phone. I was delighted. The only problem was it meant I had to repair my watch to my phone, and I lost that nice 3 mile walk I’d done without my phone while waiting for the restore of my data. Oh well, I guess I can live with that, at least I have all my other data is still there. It does mean that my phone will not send me a delightful message telling me that I had a perfect week this week.

Bottom line is I think that Apple really is protecting our data the way they say they are. I think it would’ve been a tad less distressing for me as a user if when I started the tethered backup they had explained to me that my activity data would not be backed up because it was not encrypted. I plan on sending a strongly worded note to apple.com/feedback with that suggestion.

6 thoughts on “Apple Really Does Protect Your Health Data”