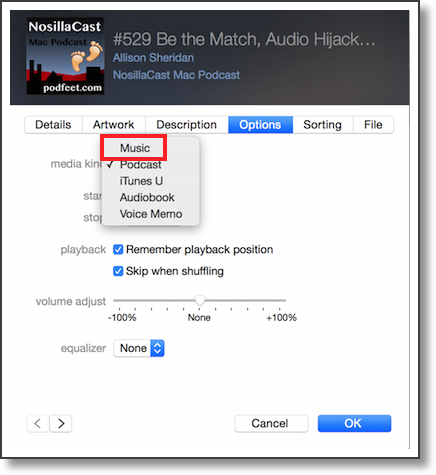 With the advent of Apple Music it’s pretty much all anyone in tech podcasting is talking about. You can just imagine how entertaining that is for me. I thought I should jump on the bandwagon and talk about music too! Steve went into my iTunes account and set it up for me, teaching it all the music HE likes. Once I got thinking about music, I thought it would be fun to walk through the simple and elegant process to put music on the Apple Watch.

The Apple Watch can store up to 2GB of music which would allow you to go for a jog without carrying your phone, and use Bluetooth headphones to listen to your tunes. I hear those kids today like to do this sort of thing. Remember that under these conditions (no iPhone nearby) the Apple Watch is severely limited in its capability, no text messaging, no GPS, no Siri, it’s pretty much a watch with some music on it. In addition, when I say you can play music on the watch, I mean JUST music, not podcasts. Luckily you can trick the Apple Watch into allowing podcasts but it’s even sillier than just putting music on the watch.

Now that we’ve covered the background, let’s walk through the process to listen to music directly from the Apple Watch.

So…yeah…not kludgy at all. It seems like the kind of steps we used to have to go through to get media onto a Blackberry, doesn’t it? I’m really surprised Apple allows us to do this. I would have hoped they wouldn’t let us do it at all until they had an elegant and more obvious way to pull it off. I can’t imagine doing this to get podcasts on my watch before a run, that’s for sure. Now before anyone corrects me, don’t forget that you can create “on the go” playlists on the iPhone so you can skip some of the steps if you already have the music downloaded to your phone. Of course if those songs are in the cloud and depend on streaming, you will not be able to play them on the watch because it has no cellular access.