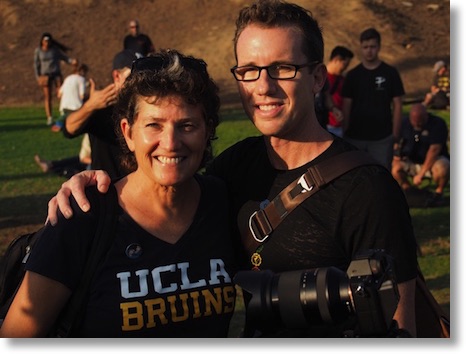 Last Saturday night, Pat Dengler and I went on one of Trey Ratcliff’s photo walks in LA. i He’s doing them all across the US so it’s a unique opportunity to hang out with him…and a few hundred of your closest friends. If you haven’t heard of Trey Ratcliff, he’s pretty much the Internet darling of photography. He only started photography about 8 years ago and has created a massive portfolio of stunning artwork in the intervening years. His real specialty is HDR processing where he creates gorgeous landscapes. His photos aren’t cheesy HDR, they’re never predictable and always breathtaking. He has become the Internet darling because he gives away a lot of his tricks and tips for photo processing (link to his free HDR tutorial).

He’s also making a good living by teaching classes online, which you can buy for download. He even sells things like his presets for the application Photomatix that he uses for his HDR work. Right now he’s working on a kickstarter together with a company called Peak Design to develop the very best day messenger bag for photographers. He does all these business venture but also gives away his time like for the photo walks. 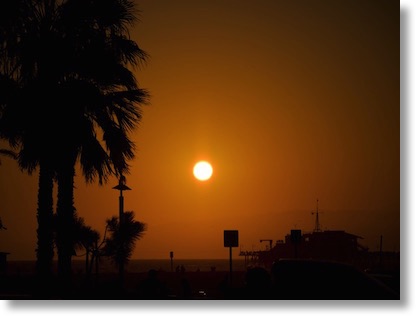 If you like photography at all, I can highly recommend going on a photo walk with other photographers. There are pros and cons of such a huge photo walk though. On the one hand I got to hang out with my good friends Pat, and Victor Cajiao, and friend of the show Cemal, but I probably could have done that without Trey’s help. I did get to meet a few other people who were really fun and it was neat to hear their perspective on photography. We met one woman who had just bought her very first DSLR and looked around for a class to take and stumbled across Trey’s photo walk in LA. She had no idea what she was in for!

I have to say that more of the walk was a sales pitch than I would have liked, especially focusing on the bag he’s trying to get funded with Peak Design and a lot of giveaway contests that were all about his sponsors. The ability to learn from him directly during the walk was severely limited by the number of people around him, but Cemal and I wandered off on our own and had a grand time taking photos. 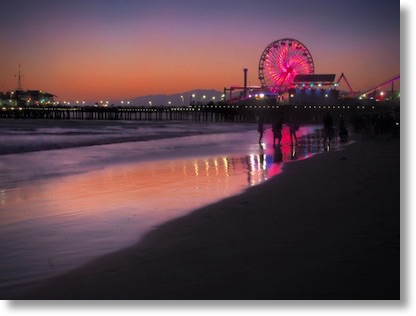 At one point we managed to lose the group altogether. It’s really hard to lose 200 people carrying cameras and tripods in a giant pack but we managed it. We were under the Santa Monica pier taking photos in the dark and didn’t notice that everyone else had moved on. When we came out into the light they were all gone! We eventually found them up on top of the pier but evidently they were even done with the pier by then. I have no regrets because we had a blast together and eventually found Pat again too.

There was an option to go to a late night class taught by Trey and Pat and I decided to go. It cost around $50-70 depending on when you bought your tickets and we had high expectations from the description to actually learn some of his techniques. This part started at 9 in theory but he didn’t actually get started till 10:30. Even then he spent most of the time just showing us some of his coolest photos, which was neat but not what I thought we signed up for. He did give us codes to download a bunch of his online training and I think that more than made up for it for me. I can now go through at my leisure, back up and take notes on what I’m learning. I hope I actually DO it though! I went through one class already and learned a lot!

I’m really glad Pat talked me into going and I think I’d like to go on more photo walks in the future. I think the best part is that you’re with people who aren’t all about getting somewhere or doing something, they’re ok if you stop and take photos.