About a month ago, Allison wrote a blog post entitled “I have made fire!” which briefly chronicled how she had imagined a change she wanted to make to a scripted, automated backup of the podfeet.com server and how she made that change all by herself, using knowledge gained in the last few years from Bart’s teachings on Chit Chat Across The Pond.

I agree, it is a silly little example. But I also know how happy it made Allison because I’ve been hooked on that feeling for over 30 years. If you’re listening to this podcast, there’s a reasonable chance you have an interest in technology, but how deep does your interest go? 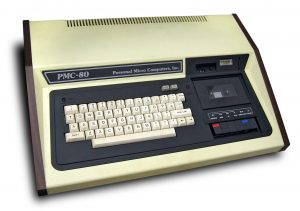 Mine went very deep from the age of about 12 because my father included me in his own voyage of discovery as he brought a computer into our household and attempted to bend it to his will. I still fondly remember our achievements from those early days.

While the first excitement came from making text appear on a screen where we wanted it, we progressed to more and more complex tasks. The one that sticks in my mind 30-something years later was a program we wrote together to take a simple text file and use it to drive a daisywheel typewriter over an RS232 serial cable to produce fully justified, proportionally spaced type. That’s an achievement I am still proud of today.

The reason I am bringing this up now is because I want to encourage all of you to have a go at something you might not ordinarily try, but you wish you could do. But before you do, I’ll let you into a couple of secrets to make your successes all the more rewarding.

First, you have to really, passionately want to succeed. Usually the best way to achieve this is to really care about the outcome. Allison was concerned her log file was in danger and really wanted to get it out of the way safely. My father and I really wanted to be able to easily typeset text for inclusion in a club magazine to save time and money. Sometimes, part of the passion is simply the desire to achieve, but always make sure the goal is clear, useful and desirable.

Second is to know that sometimes the journey is most of the fun. I can tell you that once we had our typesetting program working, it got pretty boring pretty fast. Give the program a text file, and then sit there waiting for each full page to be typed out before inserting the next piece of paper. The typewriter wasn’t that fast!

But there’s a bonus secret here. After the euphoria of success and the inevitable boredom that follows… there will be the next adventure.

Now, you won’t always succeed on these adventures, but don’t let that stop you. There will be lessons learned in any case. 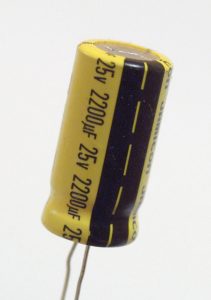 I remember when Dad and I tried to build our own power supply by copying an existing one, component for component, even going so far as to get a printed circuit board made. That taught us two things – electronic circuits are best understood before attempting to replicate, and, large capacitors can let off a LOT of nasty, acrid, and probably highly toxic vapor when overloaded! Fortunately we were in a well ventilated room and were ready to pull the power cord at a moment’s notice.

Fear of failure shouldn’t hold you back, though, because you can’t succeed if you don’t try, and the best successes are the ones you manage despite the fear of failure.

So why not give something a go. It could be creating an AppleScript or Automator workflow to automate that repetitive task you hate. Or you might want to build a 3D model of your home, or your imagined dream home, using the free Sketchup. Or pick up a digital paintbrush and create that masterpiece you’d love to hang in your entranceway using Pixelmator or Paper by 53. Or you could go for broke and write your own iOS app.

But it doesn’t even have to involve a computer. Is there a much loved meal that you wish you could cook yourself but you never cook? Give it a try. What about creating and tending a magnificent garden that you can look out on with pride? Pick up a garden tool and get to work. These days there is a wealth of helpful information on just about any task that can be found on the internet.

Start small or go for broke. I can assure you it is one of the best feelings in the world to succeed at something you care about and utter those wonderful words…

3 thoughts on “Make Your Own Fire”