Guest Review by George from Tulsa 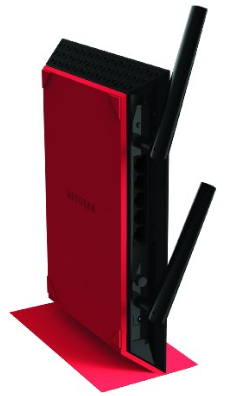 My 1953 ranch house is long and low, with a mix of old and newer electrical circuits. The cable modem and primary router, an Airport Extreme N, are at the far north end The “media” room juts out to the east, at about the middle, the front porch at the west middle, the bedrooms at the far south.

I ran an Ethernet cable to the “media room” and added a Netgear N900 router there and connected everything except one Chromecast with Ethernet.

There’s three wireless networks, #1 at 2.4 from the Extreme, #2 at 2.4 and #3 at 5 ghz from the Netgear. I assigned channels that don’t overlap each other, or the neighbors.

None reliably reached the front porch or bedrooms.

I’ve wondered if the re-modeling’s steel studs and aluminized insulation impede the signals, or it it’s just distance?

Because of the mix of old and new circuits and circuit panels, Ethernet over PowerLine didn’t work.

I had a Netgear N300 Range Extender that did some good, re-broadcasting the 2.4 band from the media room’s N900. Even at its best, the N300 didn’t reach the bedrooms strongly, so when some of my gear stopped connecting to it at all, I decided to skip troubleshooting and upgrade.

Setting up the EX 6200 was as simple as screwing on two antennas, connecting and turning on power, and accessing setup through a Browser. The menus were simple, and easy to understand. Setup might have been even been easier with automated Wi-Fi Protected Setup (often called WPS), but, hey, Steve Gibson warned us about the dangers of WPS, and I long ago disabled it on the N900.

I could have chosen the Airport Extreme’s SSID, but since the Extreme doesn’t broadcast 5GHz, and because I’ve read these extenders may work better within the same brand, I chose the two SSIDs broadcast by the Netgear N900.

I’m now able to pick up strong signals on the front porch and in the bedrooms. I’ve not tried streaming HD video yet, but browsing the net works well, as does Google’s streaming Play Music Service. This relatively light use in no way tests the EX 6200’s upper capabilities, which Netgear advertises includes automatic BeamForming and configurable “FastLane” to tune it for HD gaming and video streaming.

If you need or want to extend the range of your wireless signal, I recommend the EX 6200. It works well, is inexpensive, simple to set up, and its non-proprietary Browser-based management tool should always be accessible.

If you don’t have a Best Buy Certificate, you can find the EX 6200 on Amazon. If you do, remember Allison’s affiliate link, and help keep the Nosillacast on the air.