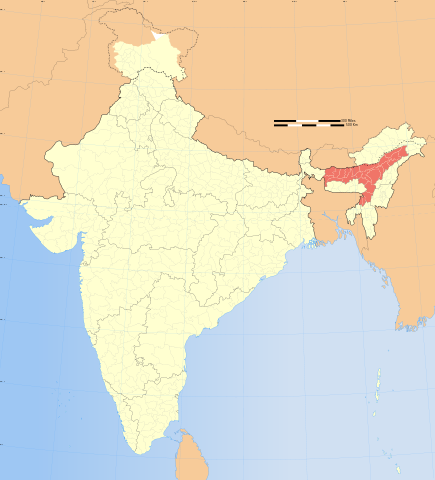 The iPhone 6 was the first time I chose not to go with indentured servitude to AT&T and avoid having a 2 year contract. I did it for me and for my two kids because I wanted to be able to take my phone on international travel. Lindsay was going to Mexico, and we were going to India and Kyle just got to come along for the ride. I also did it to save money and to have the freedom to dump AT&T at any time if they made me angry.

When we arrived in Dubai, the group collectively decided it was too hard for just the 2-3 days we’d be there to find SIM cards. Rally had made arrangements in advance with Verizon to have a tiny data plan for international travel at an exorbitant rate, and he was able to use it in Dubai. He was very good at sipping tiny bits of data, like opening a maps application for just a few minutes and then shutting data off. I didn’t want to pay AT&T for that though, I wanted a cheap way to still enjoy my device the way everyone else does on travel!

Off to India after a few days and we made the tour bus driver stop in Delhi to find us a SIM card. We stood around for a while he went into several telecom stores, but in every case he said that no one had a Nano-SIM for the iPhones. I was really bummed! Not that I needed to be on data during the day since we had passable Internet in most of the hotels at night but I had gone out of my way to pay full price, I wanted to use it!

But that’s not the story I want to tell. After spending a week or so in the North/Central parts of India (Delhi, Agra, Jaipur and Ranthambore) we headed way way east to the state of Assam. I am not good at geography so I’m going to assume that you don’t know where Assam is either. Most of India makes up this big, diamond-shaped area with which you’re probably familiar. I you go to the far East side of India, you run into Bangladesh. Just north of Bangladesh is a tiny sliver of land called the Siliguri Corridor, or “Chicken’s Neck” that leads to the state of Assam to the East. It’s almost strangled off from the rest of India.

Ok, why am I giving you this geography lesson? Because it’s important to know that this part of India is bordered by countries that are having all kinds of territorial disputes with each other. The only subject with which I’m worse than Geography is the study of geo-politics so forgive me if I don’t get this exactly correct. But what I understood was that between Tibet, China, Bangladesh, Bhutan and Myanmar, the State of Assam is worried a lot about people fighting with each other and terrorism ensuing. I sure didn’t know that when we signed up and luckily we had a very peaceful journey. However, this concern has lead the government to restrict access to cell service in the region. That means that a) Rally’s Verizon world phone capability was simply disabled in the area, b) even our guide had to carry a special SIM card that only works in this area, and c) we could not acquire such a SIM card for ourselves because it’s restricted to people who live there.

The bottom line is that I can still walk away from AT&T if I’m in the mood in the future (they’re being REALLY good right now) and that I saved a lot of money by paying full price, but I did not get to use my phone overseas at all. Maybe I’ll plan a trip to Canada or Mexico just to get to use it!

1 thought on “Politics Stopped My iPhone”