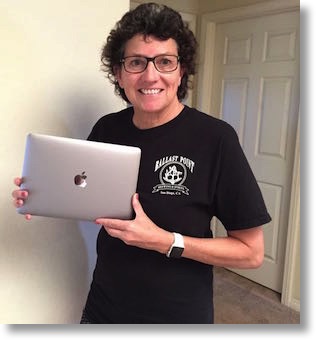 This week Don McAllister posted an interesting article on his blog about his thoughts a couple months into using the new 12″ MacBook. Like me, he loves how thin and light it is but he had a few problems with it that he just couldn’t get past. The main thing was that he kept hoping he’d get used to the new scissor keyboard they introduced on this Mac but after 10 weeks he still hated it. He found that his typos increased dramatically on the new Mac. He also found that he would get errant jumping around of his insertion point so that when he was typing along, he’d suddenly be typing in the wrong place.

Last week when I was writing up my post about Photos after the honeymoon is over, I was planning to write a honeymoon is over post about the new 12″ MacBook. I was going to say that as much as I tried to love the keyboard, I hated it too. I was going to say that my typos went up dramatically with it vs. the older style chicklet keyboard on the MacBook Pro and MacBook Airs and even the Apple Bluetooth keyboard. I was also going to tell you that I noticed from time to time that the insertion point would occasionally jump to random locations.

But I had a bigger problem than that, and it’s that every once in a while, maybe on the order of once a week, one of the keys would actually get stuck on the keyboard. I could picture the little scissor mechanism getting jammed up inside. If I pushed extra hard I’d hear a click and then the key would move freely again. This was tricky to prove to anyone because it wasn’t ever the same key and I couldn’t just leave one key non-functional for the 3 days it takes to get a genius bar appointment at the Apple Store, so I was pretty much living with it for the last few weeks.

Finally last week the tab key got stuck. It turns out you can pretty much live without a tab key so I didn’t fix it. I got a genius bar appointment and learned to use gestures to switch apps instead of command-tab and that held me until my appointment time. Off Steve and I trotted to the Apple Store on Tuesday night.

I don’t know if you have been to an Apple Store recently but a while back Angela made everyone go without name tags. Steve and I both hate it and every employee we talk to hates it too. Nameless help is so much less personal. I told the guy I worked with that because of this I choose to call all Apple employees I deal with by the name Kevin. He responded by saying he’s going to call all customers Betty. I thought that was fair.

Well the happy ending to the story is that Kevin gave me a new MacBook. I know from past experience being one of the bleeding edgers that Apple wants to get back early defective units because it helps them diagnose problems in a product line so they can feed back the improvements to design and manufacturing. Later in a product’s lifecycle they’ve pretty much worked out any process bugs they can and so they can fix your computer instead of replacing it. The genius, Kevin, said I was absolutely right about that.

But here’s the best part about the story. The keyboard on the replacement MacBook is MUCH MUCH better than the original one! I think I had a defective unit from day one. It was always hard to type on but this one is so much easier I can’t believe I put up with it all that time. As of this point in time, I haven’t yet seen the cursor insertion point jump around but I’ll have to wait and see if that rare but persistent bug comes back. 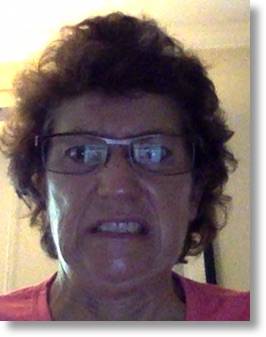 If you’ve got a 12″ MacBook and the keyboard doesn’t feel good to you, trot over to the store and try out some of the floor models and see if their keyboards aren’t better. I wish I had a long time ago!

So now I have a thin, light, and reasonably snappy laptop with a great keyboard. It’s perfect for travel and in fact I use it around the house at least as often as I use my 15″ MacBook Pro. Nowadays it seems like a huge chore to carry that beast out to the back porch for casual computing time, so the MacBook is what I reach for first.

I guess a good question would be whether I would recommend it as a main Mac to someone. The answer is yes, as long as the person is a “normal” user. By normal I mean they like to surf the web, listen to music, do email and not anything super high end like audio or video editing or gaming.

The one thing that surprised me about the 12″ MacBook is how awful the webcam is on this machine. Most Macs have a 720p camera but the MacBook has a 480p camera and they must have gotten it out of the junk bin because in low light it looks as bad as a typical PC built-in camera. Grainy doesn’t begin to describe it. If you have good lighting it’s not too bad but sitting on the couch in the evening at my house I look positively ghoulish on this camera.

It’s a compromise I wish I didn’t have to make but since I have an iPhone, an iPad and another Mac I can use, I guess I can live with it. Bottom line is that I’m super happy with the 12″ MacBook and I’m delighted to have it as part of my digital life!

9 thoughts on “12″ MacBook Now That The Honeymoon is Over”