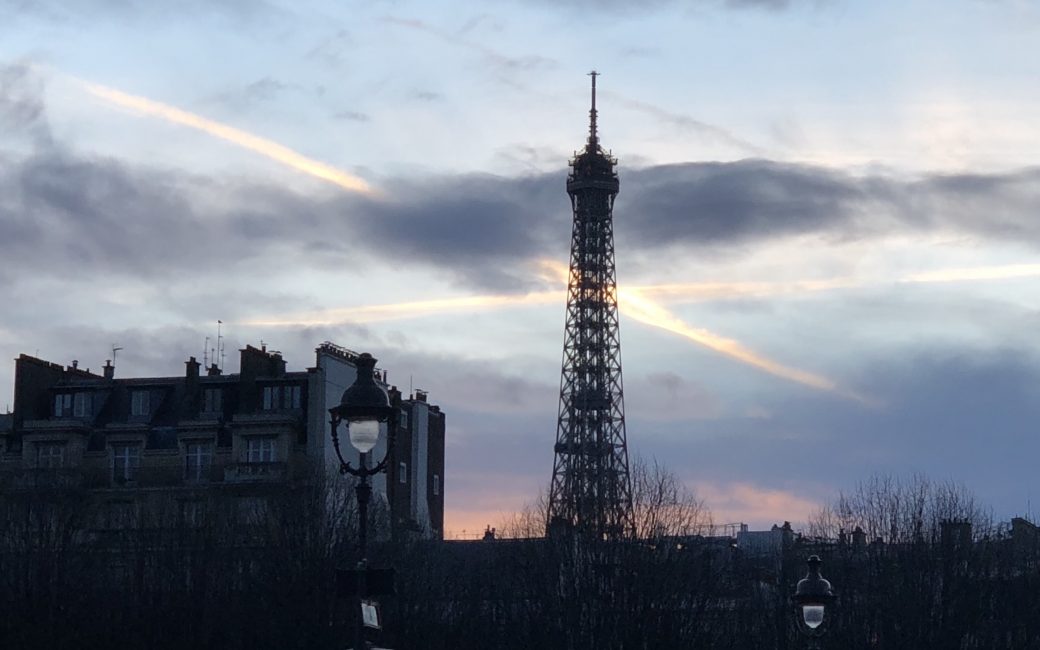 After a big trip, I generally like to chat a bit about how tech worked out while traveling. I’ve got a few new observations this year. 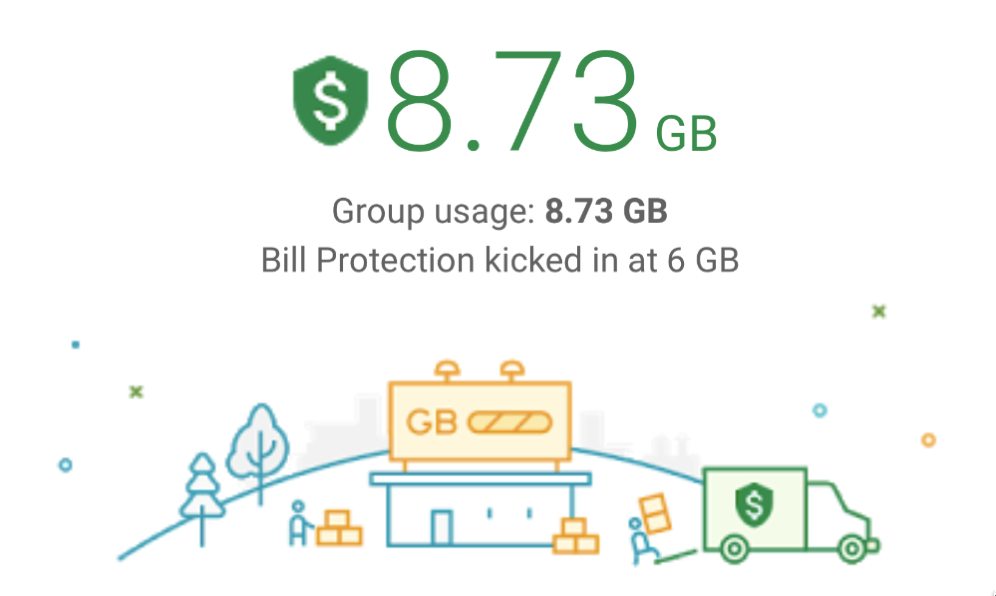 Back in 2016, Mike Elgan came on the show to talk about tech he uses as a digital nomad. In that episode he told us about a SIM card you can get from Google called Project Fi. I won’t go into all of the gory detail again about how to set this up because I wrote an extensive post on it in March of 2017. The basic idea is that you have to buy a Fi-capable phone (I bought a Nexus 5X for $303 at the time) and then after you use it to initialize the SIM card, you can pop it out and put it in any phone, including an iPhone.

I’ve used it in Peru, Ecuador and now France, my friend Niraj used it in Spain and Dorothy used it in Scotland. The update this time is that Google made the cost of the data plan even better than it was before.

The data plan has been $10/GB, and linear so if you use 800MB it’s only $8, 1.2GB is $12. It’s still that price, but once you hit 6GB you never pay any more than that. At 15GB they start to slow you down, but up to 15GB in a single billing period, you’re on the fastest network available in the country where you’re located. We consistently were on LTE throughout France. I should mention that there’s also a monthly fee of $20/month but you can freeze it at any time and only turn it on when you need it.

You may remember in my thorough explanation that a single Project Fi card gives you both voice and data, but you can also order as many additional data-only cards as you like and they all share the same data plan.

Our good friend Pat Dengler owns a house in France and invited us to stay there for a few days. She traveled over from California to meet us there and tour us around the town of Grézieu-la-Varenne, and Lyon. Anyway, I gave her a data-only card from my plan and Steve and I each took one as well.

To be fair, the data plans from US carriers have gotten a LOT better than they were back when we first got the Google Fi card. Back then, AT&T charged $40 for 200MB! Nowadays they have a new deal where for $10/day you use your data plan, you can use it in any country, and you just suck off of your normal data usage. That’s a pretty sweet change. But let’s do the math on what it would have cost Pat, Steve and me if we’d used the AT&T deal.

There are inconveniences with using Project Fi vs. your own SIM card:

Overall Steve and I are thrilled with Project Fi and used it with utter abandon (as you can tell by our data usage). We ran three mapping programs, used Uber for ride-hailing which also uses map data (there’s no Lyft in France or I would have chosen that over Uber), we watched videos while out and about and I even did a FaceTime with Lindsay, Forbes, and Tesla while walking along the Grand Canal in Versailles.

I’m a huge fan of Encrypt.me as our VPN service on all of our Macs, iPhones and my iPads. It seamlessly connects when we’re in coffee shops and hotels and keeps us secure.

Seamless except those times when it gets its panties in a bunch. Sometimes it gets into a mode where the VPN slider in Settings just keeps flipping back and forth frenetically. Attempts to disable Encrypt.me often don’t work, telling it to trust a network really confuses it too. Later that same location with the same settings will work just fine. Steve and I haven’t yet found a pattern to what causes this but we’ve both had it a few times on our iPhones. The Macs seem a bit more stable but the problem on the iPhones is hard to pin down to a repeatable pattern.

When the VPN is on, we really miss AirDrop, which has gotten way more reliable over the last few years. I remember trying to do AirDrop in India with our geek companions Wally, Wendy, Rally, Caroline, and Don. It was comical how inconsistent it was back then. I could AirDrop to Don, Don could send to Wally, but Don couldn’t send to Steve or me, but Wally and Rally would trade items with no problems. It was a hot mess. Nowadays if you have WiFi and Bluetooth enabled, and you set your privacy settings to allow anyone to AirDrop to you (even temporarily), then it seems to work about 95% of the time.

Where we live in Southern California, contactless payment capability is pretty rare. Even though stores had to upgrade to new credit card readers, most of them did the bare minimum and only support reading the chip in credit cards.

But in France, about 75% of the places did support contactless payment. I became adept at saying “sans contact?” in my amazing French accent. If they said yes, with a flourish, I laid down my wrist with my Apple Watch and it worked. Steve and I had a blast using it, and even got Dean going on it (he just got an Apple Watch right before the trip). But the fun part was the amazement of the shopkeepers. In one coffee shop, the woman started applauding and said we were fancy. In another, the guy lost his mind asking us if we were from the future.

It’s kind of sad to come home to a world of old-school tech in stores.

There’s something odd about my metabolism. I do not gain appreciable weight on vacation. Every time I tell someone this, they say, “That’s because you walk so much more on your trips!” That’s simply not true and I can prove it. 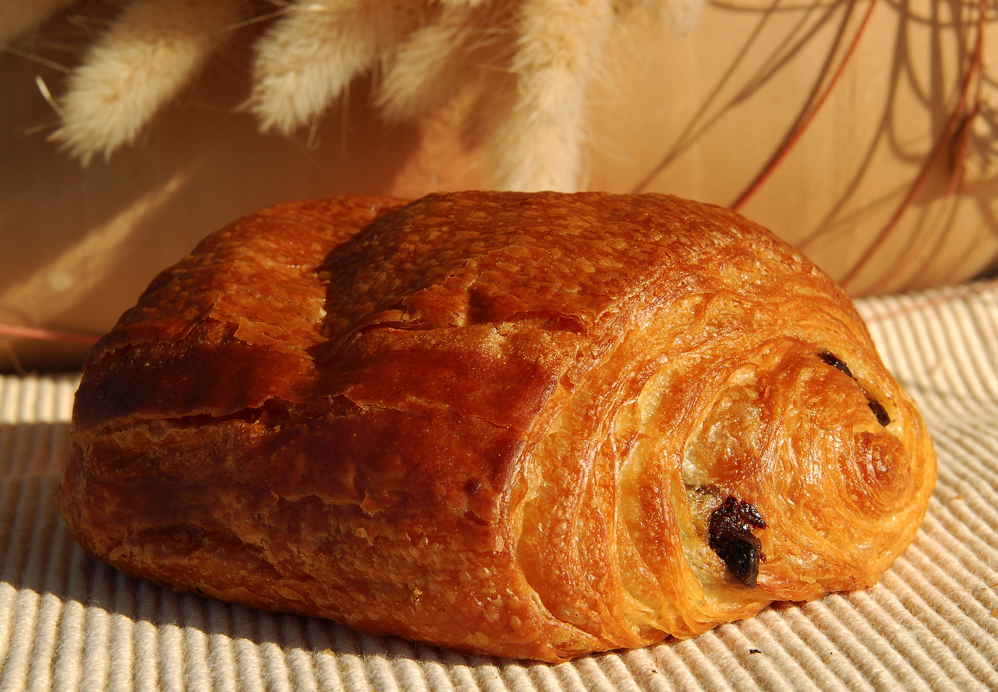 Let me start with this most recent trip. We started every morning with a cappuccino and a pain au chocolat. This is a delicate pastry filled with chocolate. Suzanne says the flakier the pastry the more butter they use, and these were REALLY flaky. That was just first breakfast. Many days, Dean would make us ham and eggs with cheese. Every day we ate a giant baguette, with butter and jam. Sometimes we’d also have salmon and creme cheese and capers on our bread. We also paired the bread with various cheeses, you know, to add variety to our diet. I know I ate asparagus one night at dinner and Suzanne cut up oranges a couple of times and I think I ate a half a banana twice, but other than that no fruits or vegetables passed my lips. But always with the bread.

We always had giant lunches where I ate with abandon, no concern of calories. To be fair, we didn’t eat huge dinners, but there was always bread. When I eat at home, it’s always lean chicken, lots of salads, a piece of whole grain wheat bread every 3 days, and some bad food for me on the weekends. But always with popcorn as snacks. So clearly the caloric intake was far greater on this trip than I normally consume at home.

The other half of the equation is the caloric output. Thanks to the Apple Watch paired with the Health app on iOS, I can exactly quantify how far I walked, how many steps I took and how many active calories I burned. I created an Excel spreadsheet to analyze this (of course I did).

We were gone for 14 days so I recorded the steps, distance and active calories during those 14 days, and then recorded the 14 days prior to the trip. I averaged the values for France and for the 2 weeks at home.

So, should I change my diet to include primarily fresh bread and chocolate, and eliminate the fruit and vegetables? My guess is that probably wouldn’t work. My only working theory at this time is that since Steve and I eat on a military-like schedule that has been maintained over the last 25 years, my body has figured out how to make fat efficiently out of the meager calories I provide it compared to the beating I give it in terms of exercise.

The coolest tech-related thing on our trip was the high-speed trains. We took one from Paris to Lyon to stay at Pat’s house. That trip is 290 miles and normally takes 4 hours 11 minutes by car. We took a very smooth riding bullet train that ran at peak speed up to 299km/hour, which is 185mph. It was crazy cool. The entire trip was only 2 hours. Instead of being cramped up in a car, the four of us had a table between us and were able to play cards and relax the entire way.

Helma from the Netherlands and I have gotten to know each other because of Programming By Stealth. Whenever I’m stuck on CSS, she comes to my rescue and we’ve had a couple of delightful play dates on Skype for her to teach me. She figured out that if she drove an hour and 20 minutes West she could be in Brussels, and if we took a bullet train from Paris we could be in Brussels in the same length of time. This trip was 200 miles for us and would have taken just over 3 hours by car.

I couldn’t be in Belgium and not see Knightwise and his lovely wife Nyana and good friend of the show Peter Boots, so Helma drove from Maastricht in the Netherlands to where Knightwise lives in Belgium. They carpooled together and we all met up in Brussels. 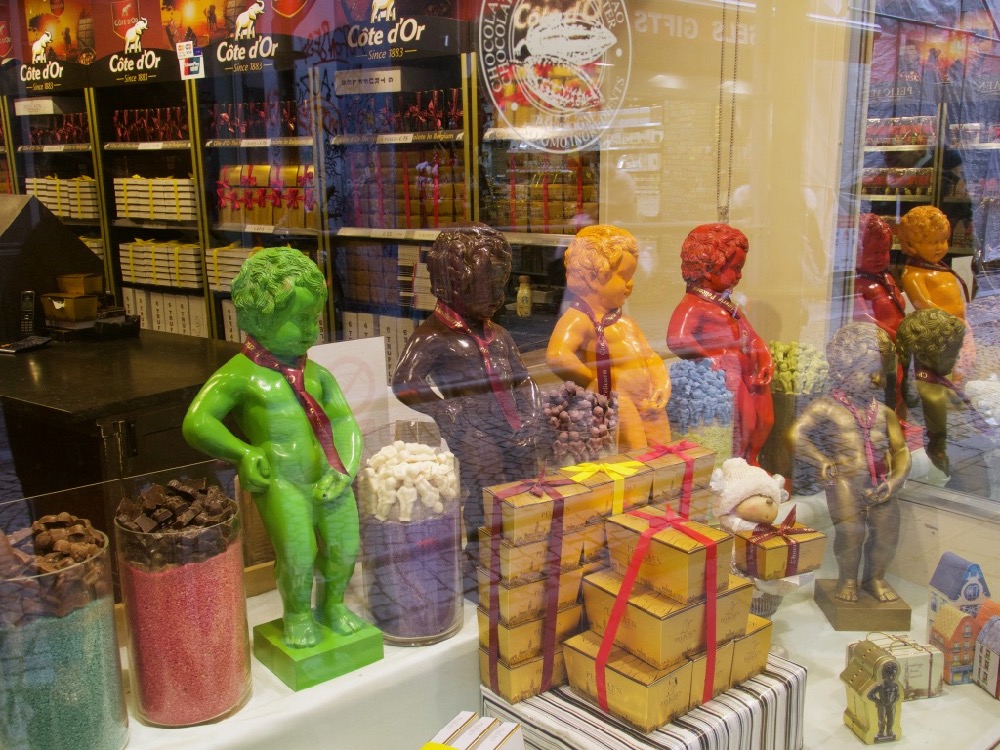 Knightwise was kind enough to buy me a small replica to take home with me. I paid him back by sending him a picture of Manneken Pis every single day of the rest of the trip as he pretended to pee on our playing cards, in my wine, on the table overlooking the planes at the airport and more. Knightwise got the last laugh when I got stopped by airport security because Manneken Pis was in my jeans pocket. For that, I got a very intimate pat down and the radiation screening! The airport security guy questioned me about what it was, and when I told him, he shook his head and said, “Belgians are weird.” I could not agree more.

But dang, the high-speed trains are cool.

2 thoughts on “Tech on Travel in France”