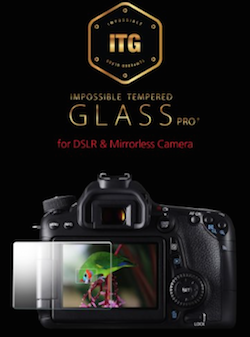 A few weeks ago I got an email from Patchworks, who sell a product called Impossible Tempered Glass screen protectors. They asked me if I’d like to test one designed for the display on my Olympus camera. I have to admit that I was intrigued by the idea of some protection for my camera. It’s so small I can throw it in my purse, and did over nearly a month traveling in India. I worried about the zippers inside my purse, or other random things I throw in there, afraid that they would wreck my display. So far they haven’t but I worry about it a lot.

However, I don’t like screen protectors. So I wrote back to them saying, “I hate screen protectors, I’ve never seen one that I like. If you’re bold enough, I’m willing to try yours. If I hate it I won’t review it but if you change my mind about screen protectors and I like it I’ll review it. Up for the challenge?” I figured that would get rid of them, right?

Boy was I wrong, Weon wrote back immediately that they would take that challenge! I got tied up in some other things (Photos, Apple Watch) and finally got around to giving it a try this week. I have an Olympus mirrorless camera, the OM-D E-M10, and ITG sent me a glass screen protector specifically for that model camera. It also fits a few other Olympus cameras in the same series and a Panasonic camera. Evidently they all have the same size screen. Lest you think they make these only for my camera style, they actually have them for phones, tablets and they even have tapered screen protectors for curved-edged phones like the iPhone 6.

You wouldn’t think packaging is all that important on a screen protector but remember this is glass. Inside the very small box is a thin, foam sleeve in which you’ll find the glass. The glass itself is protected even more by a film on each side, with a little pull tab, labeled 1 and 2.

They also included instructions printed in pretty much micro-print on a single piece of paper, double sided. While it’s pretty easy to follow they could improve by having a native English speaker do a spot of editing. They say to clean your hands, then use the wet wipe to clean the screen of your camera. The next step is to peel off film number 1. Align it over the display next, and set it down on the display, pushing only on the center of the screen. Unlike flexible screen protectors, it’s very hard to get bubbles under the glass. I pressed in the middle, and could actually see it adhere to the original glass. There was one area that didn’t look flat so following their instructions I pressed slowly outwards and it disappeared.

When I was done – it was PERFECT. I even showed it to Steve who is as picky as I am about this kind of thing and he couldn’t see it either. I took a before and after photo of my camera so you can see that you can’t tell the difference. 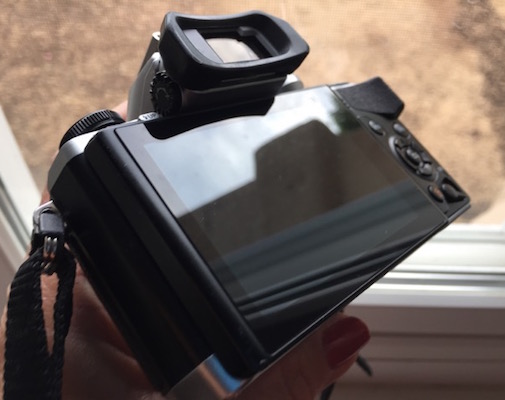 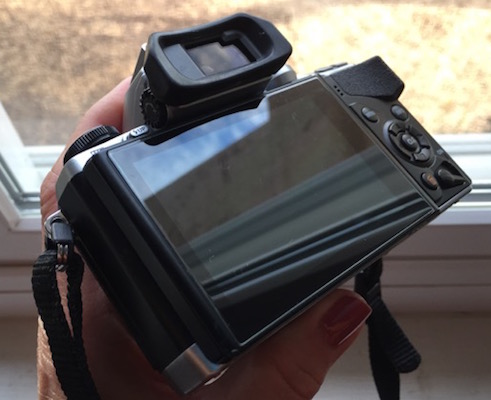 Ok, so it LOOKED good but did it feel right? My camera lets me take photos using the touch screen to focus, and I can use my finger to pan a viewed photo on the screen. I tested both using the Impossible Tempered Glass and it was just as responsive. I am willing to bet that I will actually forget that I have this screen protector on my camera.

In the literature they show a box cutter not cutting the screen, but Steve wouldn’t let me test that. They also say that it will keep your display from shattering. Steve wouldn’t let me test that either. I guess I’ll have to just use it for a while and see. If you don’t hear from me, that means it was so good I forgot all about it. If I do have a problem i’ll be sure to let you know!

The Impossible Tempered Glass screen protector for my Olympus E-M10 is only $20 and the bigger your screen, the more you’ll pay. For example to protect the 5.5″ screen on an iPhone 6+ is $40. I think it might be worth it though to keep your phone in perfect condition. Resale value aside, keeping the screen from shattering could be a great thing. I put links in the show notes to all of the Impossible Tempered Glass products on Amazon so you can go check it out for yourself. I can’t believe I’m saying this, but I’ve found a screen protector I actually like!