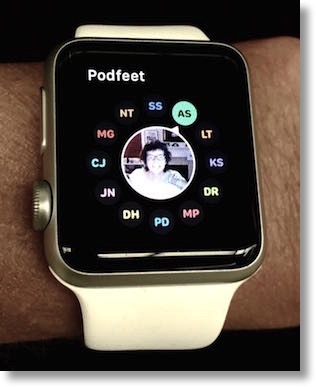 The Apple Watch (and all smart watches) are all the rage right now with smart people questioning whether we actually need them at all. A top question is whether you’d drive back home to get your smart watch if you forgot to put it on, like you probably would your smart phone. Of course I don’t put myself in the “smart people” category, I’m in the “buy whatever Apple invents next” category.

Over the last couple of months I’ve enjoyed my Apple Watch and I get a lot of value out of it but I wondered too whether this was something that could ever fit a critical need or whether it’s just really neato to have. This week it actually filled a critical need.

I got called to jury duty in downtown Los Angeles, which is about 40 minutes away from my home during light traffic. I’ve been downtown a fair number of times but I don’t often drive myself so it’s unfamiliar to me. On my way up the 110 freeway I noticed there was a Fastrak lane, which is like a toll lane but you carry a transponder that they scan as you go under the signs and charge you. I’ll pretty much pay any fee not to sit in traffic so I got out my Fastrak transponder and flew past the other drivers.

Imagine my dismay though when I was toodling along and I saw a small sign on the left that said “HOV violation $401 minimum”. I’m pretty sure HOV stands for High-Occupancy Vehicle, and a party of 1 probably doesn’t qualify for that. I was intrigued that it was $401, not $400 too. I couldn’t get out of the lane but kept seeing Fastrak lane signs and hoped I was ok. Maybe it meant lots of people OR pay the toll? I meant to check it out when I got to the jury room but totally forgot.

Fast forward to the end of the day. I got in my car, spent 5 minutes trying to convince my iPhone to continue playing the podcast I was listening to on my way up and it arguing back that I REALLY should be listening to Apple Music, even though I never launched the application. I eventually win this argument but it often includes tricking it by switching to USB mode from Bluetooth and back, quitting and relaunching applications and such. It was a real joy, and I won the argument. Next up, I launched Apple Maps to navigate me home. After convincing it that I don’t live in Montana, I was good to go.

I wanted to call Steve to ask him to check the rules of Fastrak before I got on the freeway, but since I was in an underground parking structure under Disney Concert Hall, I had no signal, so I HAD to wait until I got on the road. No worries, once I emerged from underground, I used Siri to call Steve. The phone range once…and then rebooted. Oh no, not a nice little springboard reboot, an entire reboot. Realize what this means. It means that I cannot get into my phone because it requires my complex password after a reboot to do anything. Even Siri won’t let me call Steve back without unlocking my phone.

I’m not dumb enough to think I can type and drive at the same time, and I had to keep driving because those silly people behind me on the freeway seemed to want to get home too. And then I realized that I could push the friends button on my watch without looking which brought up my circle of friends with Steve’s face already highlighted in a big button in the middle because he was the last person I chatted with. I tapped that, then the microphone and simply said CALL ME! It probably wasn’t the safest maneuver because I did have to tap the wave form to send my voice, but I was going pretty slowly and hadn’t gotten on the freeway just yet. I took the risk and it worked, Steve was able to call me back, he did the research for me and determined that I was able to use the Fastrak to get home without being fined $401.

I have to say I was pretty happy to get home in 40 minutes instead of an hour because of my Apple Watch, so I would now put it in the category of an essential piece of tech in my life.