There will be no live show next week as we’re going to hear Shai Yammanee (good friend of the show) perform in Mamma Mia! If you’re in the LA area and can join us, check out scfta.org for matinée tickets. I was on the Clockwise #163 The Ultimate Dongle and Let’s Talk Photography at lets-talk.ie/… this week. Chit Chat Across the Pond was actually a Taming the Terminal episode and you can see the shownotes at bartbusschots.ie/…. I give a rant on the show first about how HomeKit isn’t making home automation any easier, and then I’ll complain about how I just can’t win on delivery of Apple products. Then I’ll finish up my two part series on how different apps implement 3D Touch on the iPhones 6s and above. Finally I’ll give you my first look review of the 15″ MacBook Pro with Touch Bar.

Hi this is Allison Sheridan of the NosillaCast Mac Podcast, hosted at Podfeet.com, a technology geek podcast with an EVER so slight Macintosh bias. Today is Sunday November 20, 2016 and this is show number 602. We have a quick public service announcement from Steve to start us off: 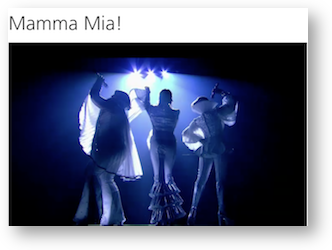 Hi NosillaCastaways, Steve here with an update on upcoming plans. There will not be a live NosillaCast show on Sunday, November 27th because of a special event on that day. Good friend of the show, Shai Yammanee, is performing as the character Sam in the musical Mamma Mia! at the Segerstrom Hall in Costa Mesa, CA.

Allison, I and a few NosillaCastaways will be attending the matinee performance on the 27th and are thrilled to be able to connect with Shai again after the show. If you live in the LA or Orange County area and are interested in attending the musical, tickets for matinee and evening performances of Mamma Mia! are available at scfta.org.

I’m really looking forward to seeing Shai perform so if anyone can make it, hope to see you at the matinée.

This week I was on Clockwise again, hosted by Jason Snell and Stephen Hackett. As is often the case when I’m on the show, the other guest chair was held by the awesome Mikah Sargent. If you haven’t heard it before, it’s really worth checking out. It’s always exactly 30 minutes long, with four people, four tech topics. Very crisp and on point but still clever and fun. There’s a link in the shownotes to Clockwise #163 The Ultimate Dongle.

I also got to be on Bart Busschots’s Let’s Talk Photography podcast. Bart, Antonio Rosario and a new guest named Clay Daly and I talked about gifts for photographers. We did stocking stuffers, medium-priced gifts and even break the bank gifts. Check out Episode 38 of Let’s Talk Photography at lets-talk.ie/….

If you thought Taming the Terminal was done, you’ll be surprised to find a new episode in your Chit Chat Across the Pond feed. In episode 36 of n, Bart teaches us about two cool utilities built into macOS and available in Linux. The first is cron, which allows you to schedule scripts to run at prescribed times and intervals. The second is screen, which lets you launch a virtual Terminal session inside the Terminal. That sounds confusing but Bart explains why you’d want to do it and it’s really clever and easy to do. Of course as always, the episode is available in the Chit Chat Across the Pond podcast, and the detailed show notes are at bartbusschots.ie/…. Soon we’ll also have it up as part of the Taming the Terminal podcast feed as well.

This podcast is not supported by ads, but is supported by you. If you find value in the show, please head over to podfeet.com/patreon and sign up to pledge your support. Once a month you’ll be billed for however many NosillaCasts I produce. Listener Lynn wrote in with a great question about Patreon. She asked how you get billed if you support several podcasts. The good news is that as she hoped, you get one consolidated bill, not a bunch of micro payments. I’d like to give a shoutout to our newest Patron, Joop Bruggink from the Netherlands, aka @oetgrunnen on Twitter. I can’t thank you enough for helping to support the show.

And don’t forget to use the Amazon Affiliate Links sprinkled throughout the shownotes for products you hear about on the show. You can also use the big Amazon button on the Podfeet home page and anything you buy right after you click one of the links will send along a small percentage to support the show and it won’t cost you a dime.