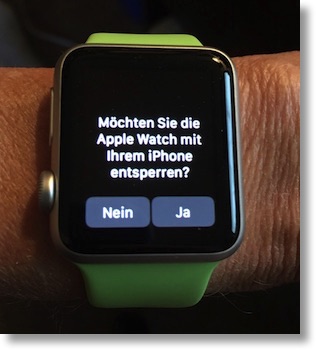 Apple and I are NOT on good speaking terms right now.

I was looking at my iPhone the other day and it spontaneously rebooted. I’m not talking about one of those pesky little Springboard reboots where it comes right back, I mean a fun scale reboot. This explained something I’d seen on the phone recently. I’d pick up my phone and try to use my Touch ID and it would say that since I’d just rebooted I’d have to put in my password. That was puzzling because I hadn’t just rebooted the phone. Evidently it was doing it all by itself.

I let that transgression go, but then on Monday I pulled it off the charger where it had been for about 10 hours and it only showed 67% charge. That was concerning. It was slightly more concerning when 7 minutes later I got the low battery warning and saw the phone was at 4% power.

Then my iPad started doing something similar. After a full night’s charge, I used the iPad to watch a couple of video podcasts lasting no more than an hour and a half. I left the iPad on the counter for the rest of the day. At 10 at night I went to use it and the battery was completely dead. This didn’t just happen one time where you could ignore it, it happened several times.

It was obviously time to do a restore on both devices. I don’t really mind doing it but there are a few steps that make it just so darn annoying. Many people, and I’m one of the lucky ones, run into problems when they try to run a local backup. Partway through the process iTunes says it can’t continue because the iPhone disconnected. The fix for this is to reboot the phone. Ok, fine. Enter my complex password to open it, try again and it backs up. Takes close to an hour to run the backup. Great.

Now restore. Nope, you can’t restore because you have Find my iPhone turned on. Ok, fine. Open up settings, dig till I find it and turn it off, try again. Now it warns me that I have purchased apps that haven’t been backed up from the phone. What the heck were you DOING all that time if you weren’t backing up the phone??? Forget it, I can get the apps back, just do the darn restore.

My favorite part is that you can’t leave this unattended because after about a hundred years go by it will say things like it’s lost connection to the phone, but that’s because the phone is waiting with the Hello thing on screen. You’d think you’re done, but no, that’s the restored to factory settings version, you haven’t restored to your backup yet. You have to babysit this whole process instead of having a life while it’s doing this backup/restore/restore from backup dance.

Yay, my Phone looks just as I left it. Sure I have to do a few things like authorize Telegram for that device but I’m in business. Hey wait – why is my watch tapping me? It’s not time to stand up. Oh look, it’s telling me that I have to pair with my Phone. Why does it need to do that if I’m back to my restored phone? Oh well, it’s only a matter of scanning this weird screen on the watch with the phone to pair them, no big deal.

Except then the Watch had to be restored. I have NO idea why that is. Off it goes for another century getting set up again. Now this would be really fun under ANY circumstances, but my favorite part of this whole experience was when the watch came back, IT WAS IN GERMAN. I am not kidding you.

It showed something in German on screen that I didn’t understand and then had two choices, Nein or Ja. I guess that my options were no or yes, but since I didn’t know the question I crossed my fingers and tapped Ja. I have since asked my friend Claus Wolf to translate for me, and he said it was asking if I wanted to be able to unlock the Apple Watch with my iPhone. Unbelievable!

Only after I said Ja could I continue the process and then use the Apple Watch app on the iPhone to tell the watch to speak English to me. Claus says I should have bucked up and learned German instead, so he’s a big help. After that the Apple Watch was set up properly because it pulled from the backup. Except of course I had to set up Apple Pay again to my credit card on the phone AND the watch.

You’re going to love what happened next. By 7pm my Apple Watch had a dead battery! ARE YOU KIDDING ME??? Maybe it was a lot of stress translating everything into German for me, I don’t know what its problem was.

Lest you think the fun was over for me, I still had to backup and restore my iPad too, repeating the same dance I did all afternoon with my iPhone. That took me from around 5pm to 10:15 pm running up and down stairs to go click a button to keep it moving.

At least my MacBook is working great. But wait, isn’t that the device I just had to replace for the second time?