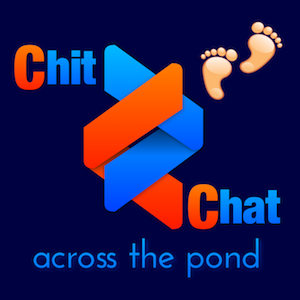 Chit Chat Across the Pond began as a weekly segment with Bart Busschots in Ireland (hence the pond bit) but over the years it has morphed into every other week with Bart, and the other every other week with me talking to someone I find interesting in tech. We’ve had some fabulous guests on in the past 8 years and I’ve got a long list of folks I still want to talk to so expect this series to go on as long as the NosillaCast.

All of that preamble is my way of saying we’re here with Bart Busschots where he’s starting a new series he’s calling Programming By Stealth. This episode originally aired as part of NosillaCast #544 on October 12th 2015, but I wanted it to be included in the standalone Chit Chat Across the Pond series. By the way, f you’re wondering what happened to Bart’s Security Lite segment, it’s staying with the NosillaCast.

The written tutorial that accompanies Bart’s Programming By Stealth – 1 of X can be found at pbs.bartificer.net/….

Many HUGE thanks to Terry Austin from intelligentelectrons.com and @ielectrons for our wonderful new Chit Chat Across the Pond logo!