In this week’s show, Denise Crown will tell us her story of woe that turned into a good onya story about Amazon, Lindsay explains how to fix the Apple Watch when it doesn’t want to show you your exercise minutes, I’ll tell you what to do if your Apple Watch starts talking to you and the screen goes black. Then in Dumb Question Corner, Steve (Sheridan) answers Steve (Davidson’s) question on which end you’re supposed to plug into a power supply first. Then I answer Steve (Davidson’s) question for his father on how to get his Documents and Desktop back on his Mac after accidentally turning on syncing in Sierra.

Hi this is Allison Sheridan of the NosillaCast Mac Podcast, hosted at Podfeet.com, a technology geek podcast with an EVER so slight Macintosh bias. Today is Sunday October 9, 2016 and this is show number 596.

I don’t know if any of you have noticed, but I started using good taxonomy on my posts and shows a while ago. I started right after Claus came on the show and explained why it’s so important. Anyway, it occurred to me that there are those of you who love all of the Chit Chat Across the Pond episodes, but there’s also probably people who like the super nerdy series like Programming By Stealth and Taming the Terminal, and another group who like the lighter chit chats.

In preparation for some day actually redesigning my website, I started categorizing every other week’s episodes with the category Chit Chat Across the Pond Lite. Well this week’s show was a little tough to categorize. I had the wonderful Allister Jenks on the show again and this time it was to talk about Programming as a Hobby and a Tool.

So it’s about programming, but it doesn’t require a tight propeller beanie to enjoy it. Allister tells stories of how he programmed a calculator in high school (I was on a slide rule in high school). He talks about working with his dad on their earliest computer. We talk with breathless excitement about our mutual enjoyment of geometry, but we don’t actually do any proofs on the air.

Correction on Ring From CCATP with Mike Elgan 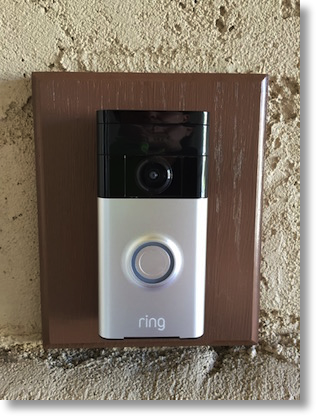 In Chit Chat Across the Pond #456 with Mike Elgan where we talked about his life as a digital nomad, he mentioned that he brings a Ring Video Doorbell wherever he travels. I mentioned the Live View feature which allows you to look at your front door on demand, and he said that this feature isn’t available if you use your Ring in the battery-operated mode. While we were recording, I pinged good friend Pat Dengler about this and she checked her battery-operated Ring and she did have the option to see Live View. I told Mike on the air and he was delighted.

However, when Steve was installing a Ring for Lindsay and Nolan, their battery-operated doorbell did not show the Live View option. Steve got on chat with Ring and asked them about this and they said that the battery-operated mode absolutely does not support Live View. Pat gave Steve a screenshot of hers showing that it’s on battery and showing the Live View option. The guy on chat said it’s definitely an aberration and that it’s not supposed to do that and if she supplies the MAC address to him, he’ll “fix” that for her! I don’t think she’s going to contact them!

It does make sense that Live View wouldn’t necessarily be a good thing on battery since that means it has to be powered up and ready to turn on at all times, so you’d probably have to charge the battery pretty often.

I thought it was important to run this correction in case anyone buys a Ring based on what we’d said.

When Amazon Does You Wrong, Write to Jeff 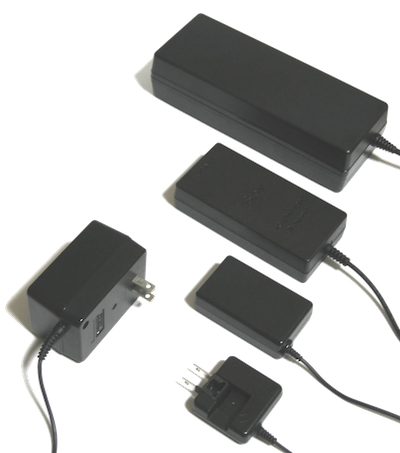 Steve Davidson sent in not one but two Dumb Questions for this week:

But recently, I’ve seen device documentation that says to do the opposite: Plug the device into the power supply (DC side) and *then* plug it into the wall (AC side).

So, which is the right way to do it?

I had to bring in a ringer for this one and ask Steve, my resident electrical engineer. Here’s Steve’s answer:

Good dumb question. I wasn’t sure of the answer so I did a little digging.

The answer I found that made the most sense is, it depends.

For a modern power supply, there is circuitry included in the power supply to ensure the proper voltage is applied at its output whether or not a device is connected. In this case, the order in which you plug in your device vs. the power supply doesn’t matter. Most of the power supplies we use these days for our cell phones, tablets and laptops are of this type.

But older power supplies don’t have this voltage regulation circuitry and instead use simpler (analog) circuitry to convert the high voltage AC power from the wall to a lower DC voltage your device needs. This type of power supply is sometimes referred to as a transformer and they tend to be the heavier and more bulky than a modern power supply.

My father, in his mid 80’s, just upgraded is recent iMac to macOS Sierra (based on my recommendation).

I told him to avoid Desktop and Documents iCloud synchronization because he’s a one-Mac guy, barely uses his iPad, and simple is better for him. Plus, his 1TB drive is around 5% of capacity (so optimization is ridiculous for him).

Somehow he turned it on during the installation process, and got a warning that his iCloud storage was almost full (which is the only way we found out he had it turned on). He also had Optimization turned on.

I told him to turn off Optimization, wait a few hours to be sure everything was on his iMac, and then turn off Desktop and Documents Folders. To my way of thinking, this would be the equivalent of quitting DropBox; both ends (local and remote) would retain their copies, but the synchronization process would be stopped.

Early this morning my father sent me an E-mail message: “My Desktop files are gone!” He was very worried.

The dumb question is: How can my father get things back to the way they were? Is there a “virtual” Desktop and a “virtual” Documents folder on his iMac that he can just move back?

I chose to take the question because I’m afraid this will happen to many people. While I think Apple has made great progress in their cloud services especially with iCloud Photo Library, I’d sure like to give these new Sierra options a bit of time to see if they’re going to cause catastrophic problems.

There are actually two features in Sierra that sound similar. Steve’s dad chose to turn on Desktop and Documents iCloud syncing, but there’s another option where you allow Apple to actually remove documents from your drive when by some algorithm they deem them too old and too big to be kept locally when you’re running low on space. That is just crazy talk. Even though it’s similar to what they do with Photos, this sends a seriously cold chill down my spine.

After I noodled out that solution, I found an Apple support article that says to do exactly what I suggested: support.apple.com/….

I also suggested to Steve that he check out Todd Olthoff’s video tutorial on iCloud Document Sync. I haven’t watched this one myself yet but Todd is extremely thorough and methodical in his tutorials so I’m sure it’s worth watching to understand how iCloud Document Sync works.

Steve tested the solutions with his dad tonight and it worked, so that’s great news.

We’re sponsored by you, the listeners and readers. If you get value from the show, please consider going to podfeet.com/patreaon to pledge your support for the NosillaCast.

That’s going to wind this up for this week. Don’t forget to send in your Dumb Questions, comments and suggestions by emailing me at allison@podfeet.com, follow me on twitter @podfeet. Remember, everything good starts with podfeet.com/. podfeet.com/patreon, podfeet.com/facebook, podfeet.com/googleplus, podfeet.com/amazon! And if you want to join in the fun of the live show, head on over to podfeet.com/live on Sunday nights at 5pm Pacific Time and join the friendly and enthusiastic NosillaCastaways. Thanks for listening, and stay subscribed.